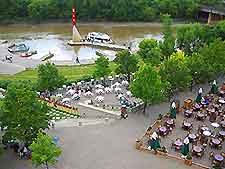 Winnipeg contains an extensive variety of restaurants, eateries and dining options, which can be found throughout the city. Ranging from outdoor tables at coffee shops in downtown Winnipeg to luxury restaurants with impressive city views, most tastes and budgets are well catered for in Winnipeg.

With many multiethnic restaurants throughout Winnipeg, cuisines include Asian, Chinese, Vietnamese, French, Italian and central European. A number of restaurants in Winnipeg also specialize in seafood and more traditional Northern American steak dishes. 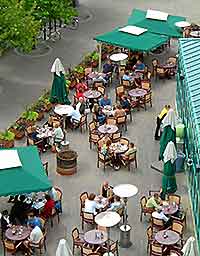 Restaurants in Winnipeg mainly conform to standard opening hours in Canada, however some smaller venues may vary their dining times. Breakfast venues in Winnipeg begin to open from as early as 06:00, with most coffee shops in the center filling up from 08:00 to 09:00. Lunchtime restaurants in Winnipeg generally open at 12:00, although a number of centrally located eateries do open earlier to serve brunches, coffees and snacks.

Winnipeg's evening dining starts at 17:00 with restaurants remaining open until 22:30 or later, particularly during the warm summer months. Some restaurants in downtown Ottawa try to encourage early dining and offer special discounts at around 16:30 or 17:00.

Where to Eat in Winnipeg

Downtown Winnipeg is where many of the city's best restaurants reside and is also home to a number popular cafés, which feature many tasty snacks, including sandwiches, pastries, cookies and cakes. Many of the hotels in Winnipeg 's downtown district are home to exceptional restaurants open to non-residents, although advance reservations may be required when dining at some hotels. Sunday lunches are particularly popular at hotel restaurants, with buffet-style banquets often on offer. Some of the most inexpensive places to eat in downtown Winnipeg are at the cafés housed in government office buildings, which provide excellent value for money. 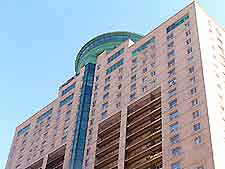 One of the most notable restaurants in downtown Winnipeg is the eye-catching Royal Crown Revolving Restaurant, which has been open since 1988. This is the only revolving restaurant in the whole of Winnipeg and stands on the 30th floor of the Fort Garry Place Hotel. Revolving once every 70 minutes, the restaurant offers endless views of central Winnipeg and the surrounding areas. A 'Skyview Lounge' is also available here for cocktails and aperitifs.

Other popular clusters of restaurants can be found in Winnipeg's Little Italy area, where you will find a number of authentic Italian restaurants serving many traditional pasta dishes and pizzas. Also, many restaurants and dining venues line the Forks Market district, which is a particularly lively and trendy place to dine outside during the summer months.

For appealing French bistro-style restaurants, head to the French Quarter of Winnipeg, where classical French, European and Canadian cuisine is very much the order of the day. Those who prefer something more oriental or Mediterranean should visit the city's Exchange District, which is full of Chinese and Italian restaurants, often standing close to each other. Further restaurants and dining options are located around the Exchange District, the Osborne Village area, and on the outskirts of Winnipeg city center.