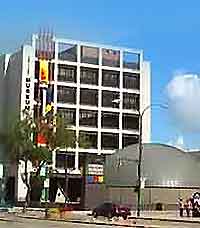 Museums abound in the city of Winnipeg and celebrate the area's rich history and past. For interactive family fun, head to the Manitoba Children's Museum, where the imagination is encouraged.

For aviation buffs and those with an interest in aircraft, Winnipeg is home to two impressive aviation exhibit spaces, the Air Force Heritage Park and Museum and the Western Canada Aviation Museum.

One of the most popular cultural attractions in the city is the Manitoba Museum, which is home to a large planetarium and is also known as the Museum of Man and Nature.

The Manitoba Museum (Museum of Man and Nature)

Address: 190 Rupert Avenue, Winnipeg, Manitoba (MB), R3B 0N2, Canada
Tel: +1 204 956 2830
One of the city's premier tourist attractions, the Manitoba Museum, also known as the Museum of Man and Nature, contains a wealth of exhibits relating to nature, geology and the city's history and culture. Comprising an interactive science center and popular planetarium, this facility celebrates native Indian life, with dioramas and realistic displays. Other highlights include an authentic 1920s town, the history of Hudson's Bay Company, a replica of a 17th-century wooden boat and seasonal exhibitions. Standing in the heart of downtown Winnipeg with nine spacious galleries, the Manitoba Museum is one of the city's best exhibit spaces and worthy of a visit.
Open hours: May to October, daily - 10:00 to 17:00; November to April, Tuesday to Sunday - 10:00 to 17:00
Admission: charge, discounts for seniors and children 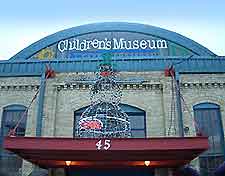 Address: 45 Forks Market Road, Kinsmen Building, Winnipeg, Manitoba (MB), R3C 4T6, Canada
Tel: +1 204 924 4000
Known for its interactive exhibits and hands-on fun for all the family, the Manitoba Children's Museum encourages the imagination. Highlights include the Creation Station, where children can explore their creative and artistic sides, and also a popular gift shop.
Open hours: January to October, Sunday to Wednesday - 09:30 to 16:30, Thursday to Saturday - 09:30 to 20:00; November and December, Sunday to Thursday - 09:30 to 16:30, Friday and Saturday - 09:30 to 20:00
Admission: charge, discounts for seniors and children, children under two free

Address: CFB 17 Wing, Station Forces, Winnipeg, Manitoba (MB), R3J 3Y5, Canada
Tel: +1 204 833 2500
Winnipeg's Air Force Heritage Park and Museum is situated in the Unicity area and dates back to the 1970s. The museum is home to the poignant Garden of Memories, which commemorates those who lost their lives in the Royal Canadian Air Force. The many exhibits include the famous Battle of Britain Lace Tapestry, and the Air Force Heritage Park and Museum also features a number of historic training stations, which contain many original and fascinating features.
Open hours: Monday to Friday - 09:00 to 16:00, park open daily - 24 hours
Admission: free

Address: 958 Ferry Road, Winnipeg, Manitoba (MB), R3H 0Y8, Canada
Tel: +1 204 786 5503
The Western Canada Aviation Museum is the second biggest museum of its kind in the whole of Canada and contains many important and historic aircraft, which have been lovingly restored. Standing next to the Winnipeg International Airport, the museum features many aviation-related artifacts, runway views, a flight deck area, and the family oriented 'Spaceways' attraction. Standing in the Air Canada hanger, the Western Canada Aviation Museum is home to the famous Vickers Vedette Flying Boat, together with many military jets and the country's very first helicopter.
Open hours: Monday to Saturday - 10:00 to 16:00, Sunday - 13:00 to 16:00
Admission: charge, discount for children and families, children under three free