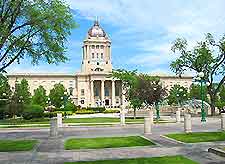 Apart from the many modern and stylish high-rise landmarks and skyscrapers in downtown Winnipeg, such as the CanWest Global Place, the Richardson Building and the Commodity Exchange Tower, Winnipeg is home to many imposing historic landmarks and significant monuments. 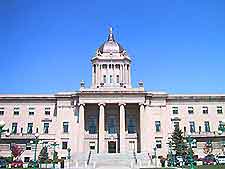 Address: 450 Broadway Avenue, Winnipeg, Manitoba (MB), R3C 0V8, Canada
Tel: +1 204 945 3636
Featuring imposing architecture, the Manitoba Legislative Building is one of the city's most famous landmarks, standing in downtown Winnipeg. Guided tours of the building are readily available and provide an insight into the history of this seat of national politics, with highlights including an enormous staircase, stone statues, a large dome and surrounding landscaped gardens. The Manitoba Legislative Building was built between 1913 and 1920.
Open hours: daily - 08:00 to 20:00
Admission: free 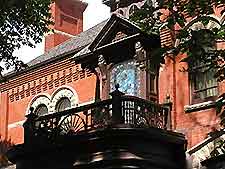