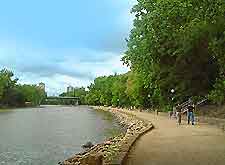 Further tourist attractions in Winnipeg include the Royal Canadian Mint, which produces all of the coin currency for the whole of Canada.

For concerts and major events in Winnipeg, be sure to check the latest listings at the Centennial Concert Hall and the Winnipeg Convention Center. 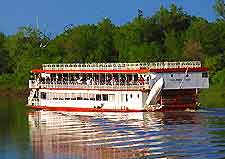 Address: 314-63 Albert Street, Winnipeg, Manitoba (MB), R3B 1G4, Canada
Tel: +1 204 942 6716
Guided walking tours of downtown Winnipeg and the historical Exchange District are one of the best ways to learn about the city's rich heritage and interesting past. Departing throughout the summer months from Old Market Square, the guided tours take in many of the city's most prominent landmarks, attractions and commercial areas.
Open hours: June to September, daily
Admission: charge, discounts available 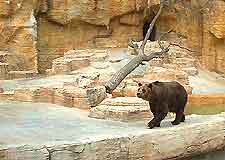 Address: 2355 Corydon Avenue, Winnipeg, Manitoba (MB), R3P 0R5, Canada
Tel: +1 204 986 6921
Assiniboine Park Zoo is the perfect family attraction and dates back to the early 1900s, when it first opened its doors to the public. One of the biggest zoos in the country, Winnipeg's Assiniboine Park Zoo houses in excess of 1,000 animals, which include all of the usual zoo favorites, together with a number of endangered species. Located in the Charleswood district of Winnipeg, attractions at Assiniboine Park Zoo include a children's petting area, the popular Discovery Center and an educational indoor area.
Open hours: September to May, Monday to Friday - 10:00 to 16:00, Saturday and Sunday - 10:00 to 18:00; June and July, daily - 09:00 to 20:00; August, daily - 09:00 to 19:00
Admission: charge, discounts for seniors and children, children under two free

Address: 555 Main Street, Winnipeg, Manitoba (MB), R3B 1C3, Canada
Tel: +1 204 956 1360
Winnipeg Centennial Concert Hall can be found in the downtown district as it is part of the Centennial Center, which also includes the city's planetarium. Hosting many impressive events and performances each year, attractions include ballets, operas and classical music concerts by the Winnipeg Symphony Orchestra.
Open hours: daily - 08:30 to 16:30, hours vary for events
Admission: charge for events 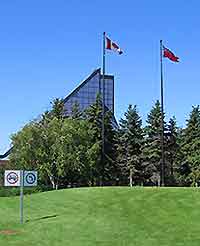 Address: 520 Lagimodiere Boulevard, Winnipeg, Manitoba (MB), R2J 3E7, Canada
Tel: +1 204 983 5647
The Royal Canadian Mint is an eye-catching building, responsible for the production of all the coins currently in use as currency in Canada. Each year Winnipeg's Mint produces staggering quantities of coins and regular guided tours provide a real insight into the building's past and current coin-making process.
Open hours: September to May, Monday to Friday - 09:00 to 17:00; October to April, Monday to Friday - 09:00 to 17:00, Saturday - 10:00 to 14:00
Admission: charge, discounts for students and children, children under six free

Address: 375 York Avenue, Winnipeg, Manitoba (MB), R3C 3J3, Canada
Tel: +1 204 956 1720
The Winnipeg Convention Center is a major events venue in the downtown district and is just a short drive from the airport. With conference rooms, a tiered theater area and many regularly exhibitions, attractions at the Winnipeg Convention Center include the Woodlands Gallery on floor two, which is open to the public with free admission, and many of the city's premier seasonal events and festivals.
Open hours: hours vary per event
Admission: charge for events, discounts for children and seniors