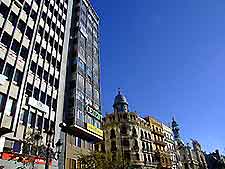 Famous for being the country's third most important city, Valencia is a popular tourist destination and can be found part way down Spain's eastern coast. With a rich Roman heritage and many truly world-class attractions, tourists are always well catered for in Valencia, which has the feeling of a historic town.

Valencia offers a diverse mixture of buildings and architectural styles, with numerous old structures contrasting against the spectacular contemporary sights. Much of life in Valencia is now centred around the thriving tourism trade and many people now travel to Valencia to visit the spectacular City of Arts and Science (Ciudad de las Artes y las Ciencias) complex.


Tourist information centres in Valencia are the perfect place to find the latest travel tips and visitors' information, while local newspapers and magazines are also a useful source, with a small selection being published in different languages.

A number of tourist information outlets actively promote tourism in the Valencia area, with several bureaus located within the city. Home to a range of travel tips and tourism advice, including maps, leaflets, hotel information, bus timetables and events listings, Valencia's tourist information offices are manned by helpful staff, many of which are multilingual, who are always happy to assist with enquiries. 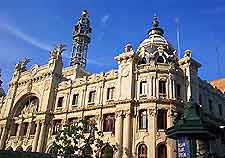 Spanish is the third most widely spoken language in the world, following Chinese and English. Although Spanish is the main language in Valencia, English, French and German are often spoken and understood at most top attractions, hotels and restaurants that cater for visitors. Castilian Spanish is the official language in the area, although the surrounding regions often speak Basque, Catalan and Galician versions. When venturing outside of Valencia, a phrase book can prove useful.

Tipping is quite discretionary in Valencia, with taxi drivers often happily accepting a 5% gratuity or more, although this is by no means compulsory. Restaurants always include service charges by law and these should be clearly shown on the menus, although a tip of some kind will still be expected and very much appreciated. Hotel staff, such as luggage handlers, happily accept a small tip of one or two Euros - or more. Generally, no other public service workers in the Valencia area expect to receive tips. You should always pay tips in cash, to ensure that the person it is intended for receives it fully. 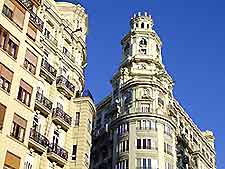 The national religion of Valencia and throughout Spain is Roman Catholic, although numerous other faiths and religious beliefs are also represented in Valencia, such as Protestants and Muslims. There are many churches and chapels that welcome visitors regardless of religion and hold regular services, particularly on Sundays. Valencia's most important church is the Catedral de Valencia (Valencia Cathedral), which dates back to the 13th century, although construction actually lasted around 400 years.

Valencia, as with the whole of Spain, now strongly enforces the rights of non-smokers and harsh fines are enforced for those caught breaking this law. In general, public buildings, places serving food, offices and methods of public transport in Valencia are now smoke free, unless designated smoking areas or rooms are present. Sensible advice would be not to smoke unless others nearby are already doing so. 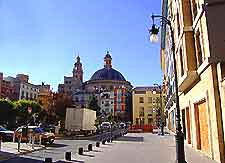 As with all large cities, pickpockets and bag snatchers are the main threat to your belongings in Valencia, so be aware of personal belongings at all times and consider using a hidden money belt. It is always sensible to wear bags and cameras across your body. Also, when driving in Valencia, be sure to park cars in safe, well-lit parking areas or hotel car parks, and avoid leaving valuables in both your car and hotel room.

VAT (IVA) is always included in the price and refunds are unusual in Valencia and throughout Spain. Tourists visiting Valencia from countries outside of the EU can only claim tax refunds where the item was purchased for personal use and cost more than a certain amount. If required, the shopkeeper will be able to provide more details about this subject.