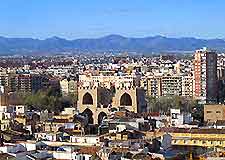 Valencia is becoming an increasingly desirable place to visit and consequently the city is home to a good selection of accommodation options to suit most requirements. Hotels in Valencia range from historic buildings to more modern accommodation, built as a response to the growing tourist market.

A number of spectacular tourist attractions and projects have been directly responsible for putting Valencia on the map and the increased accommodation, including the stunning City of Arts and Sciences complex and the Palau de la Música. Also, Valencia's modern Palacio de Congresos conference centre hosts a range of major events each year and many hotels have been built nearby, to cope with the demand. 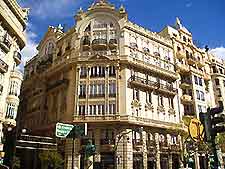 Valencia contains fewer hotels than other major cities in Spain and as a result, the best hotels in Valencia soon become fully booked, making advance reservations a must. All budgets are well-catered for in Valencia, with a range of chain hotels, cheap hostels and reasonably priced self-catering accommodation. There are even several camping sites located on the outskirts of Valencia, often close to the coastline and beaches.

Some of the most popular hotels in the Valencia can be found in the heart of the historic centre of town and around the Old Quarter, where you will find a range of 19th-century hotels, full of character and charm. Hotels in central Valencia are often close to shops, restaurants and major landmarks, with many nearby the Plaza del Ayuntamiento. 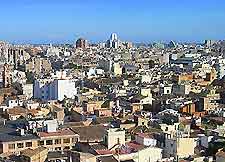 Further hotels and a variety of affordable accommodation can be found throughout Valencia's Barrio del Carmen district, the Cánovas shopping district, and around the university area, which is a particularly lively part of Valencia. Close to the main university campus, hotels stand alongside some of the best restaurants in Valencia, together with a number of outstanding parks and gardens.

Many of the most popular hotels in Valencia can also be found close to the main beaches, including Alboraya, Las Arenas and la Malvarrosa, around the Cabanal neighbourhood, and on the city's outskirts. Close to Valencia, the nearby town of Puzol contains a number of noteworthy hotels, often with views of the Monte Picayo Mountain and Mediterranean Sea.