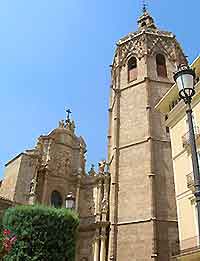 With many historical churches on offer, Valencia's religious buildings date back many hundreds of years and greatly contribute to the city's historical character and appeal.

The Catedral de Valencia (Cathedral) is without doubt the most striking religious building in the city, with building work spanning four centuries until the cathedral was finally complete.

Many of the churches in Valencia offer regular masses, particularly on Sundays, welcoming visitors of all religious and persuasions. 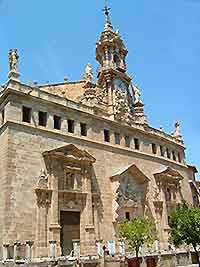 Address: Plaza de la Reina, Valencia, 46001, Spain
Tel: +34 96 391 8127
Valencia Cathedral is a striking building, situated in the Plaza de la Reina. Building began on this grand cathedral in the mid-13th century and was finally completed more than 400 years later. One of the most famous parts of the cathedral is the Miguelete bell tower, which offers breathtaking views across the city centre. The Catedral is also home to a museum, with many important religious artefacts, and holds regularly masses several times each day. The Basilica de la Virgen de los Desamparados is located alongside the cathedral, connected by a stone archway.

Address: San Martin, 2, Valencia, 46002, Spain
Featuring intricate stonework and historic origins, this Catholic church dates back to the mid-13th century. Over the years, the church has been restructured and renovated, although many period features remain intact.

Address: Plaza de San Vicente Ferrer, Valencia, 46003, Spain
Tel: +34 96 391 8755
Situated in the Old Quarter of Valencia, the Iglesia de Santo Tomás y de San Felipe Neri dates back to the early part of the 18th century and has been awarded the prestigious title of 'National Historic and Artistic Monument'.