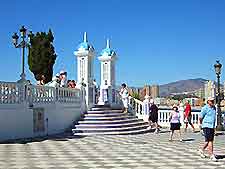 Benidorm, one of the most popular resorts on the world-famous Costa Blanca, can be found along the south-eastern coast of Spain. Known for its high-rise buildings, which number around 150, the resort contains the country's tallest building, the Gran Hotel Bali, measuring almost 190 metres / 623 feet.

Much of life in Benidorm is based around the thriving tourist destination and a high concentration of beachfront hotels can be founded throughout the coastline. The tourism trade on the Costa Blanca noticeably began to increase during the 1960s, when the word quickly spread about this tropical paradise. A range of useful travel tips are readily available at Benidorm's plentiful tourist information offices, where tourism in the area is actively promoted.

With a Mediterranean-style climate, sunshine throughout the year, endless stretches of sandy beaches and many lively nightspots, it's not difficult to see why this Spanish resort has become such a popular destination.

Benidorm is home to a number of tourist information centres and kiosks, providing a range of useful travel tips, together with glossy leaflets about the top tourist attractions, travel timetables, guided tours, accommodation booking services and up-to-date events listings. The main tourist information office in Benidorm is located along the Avenida Martinez Alejos, with useful tourist office kiosks standing along the Avenida de Europa and the Rincòn de Loix. A number of Internet cafés can also be found around the resort, offering a popular place to send holiday emails and online postcards. 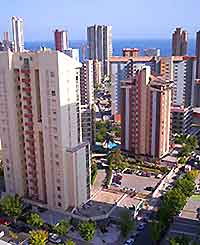 Spanish is the third most widely spoken language in the world, after Chinese and English. Although Spanish is the main language in Benidorm, English, French and German are generally understood at most attractions, museums, restaurants and bars where tourists are catered for. In smaller towns and villages close to Benidorm a phrase book can be an extremely useful item to carry, aiding translation.

Tipping is quite discretionary in Benidorm, with taxi drivers usually being given a small tip of several Euros, depending on the length of the journey, although this is by no means compulsory and you should not feel pressured into tipping. Restaurants always include service charges by law and these should be clearly stated on the menus, although a basic tip will still be expected and very much appreciated. Hotel staff, such as luggage handlers, happily accept a small tip. Generally, no other public service workers in Benidorm expect tips.

The national religion of Benidorm and throughout Spain is Roman Catholic, although many other faiths and major religions are also represented in Benidorm, including Protestants and Muslims. There are an array of churches and chapels that welcome visitors to the resort and hold regular services.

In Benidorm's buildings and modes of public transport, rules restrict smoking and this is always indicated by no-smoking signs situated in prominent places. Recent Spanish legislation now makes it illegal to smoke in most public places and the rights of non-smokers generally prevail over the right to smoke, with non-smoking areas provided. However, most pubs and bars in Benidorm welcome customers who wish to relax with a drink and smoke.

It is always sensible to exercise discretion and sensitivity when selecting a place in which to smoke in Benidorm. Good advice would be not to smoke unless others around you do so. 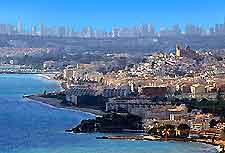 Being such a major holiday resort, it will come as no surprise that pickpockets operate in Benidorm, although on the whole this is a very safe part of Spain. Pickpockets will always head for easy targets, so wear bags and cameras across your body and use concealed money belts when walking around Benidorm. Also, park cars in well-lit areas or use hotel car parks, and avoid leaving valuables on display, both in your parked car and hotel room.

VAT (IVA) is always included in the price and refunds are unusual in Benidorm and throughout Spain. Tourists visiting the resort from countries outside of the EU can reclaim tax if the item was bought for personal use and cost more than a certain amount. Most shopkeepers in Benidorm are happy to provide additional information regarding taxes.