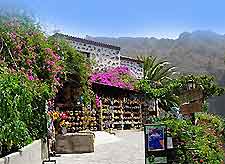 Shopping in Tenerife has become one of the island's many attractions, with the largest concentration of shops being located in Santa Cruz, the capital of Tenerife. Here you will find many department stores - such as Spain's iconic El Corte Inglés chain, and large shopping centres - including the Continente Shopping Centre, which is located in the southern part of Santa Cruz de Tenerife.


Also nearby, the Alcampo la Villa Shopping Centre can be found in Tenerife's La Laguna resort and contains a good selection of shops, cafés and boutiques. Further shopping malls and complexes are situated in and around the main resorts of Tenerife, such as the Playa de las Americas, the Playa Del Duque and San Eugeno, where you will find plenty of high-street favourites.

Tenerife's Puerto de la Cruz also presents many excellent shopping opportunities, with the best stores clustered along the intersecting streets around the Plaza del Charco, on the Avenida Generalisimo, and lining the streets of Calle de la Hoya and the Calle de San Felipe. As with the other Canary Islands, when shopping in Tenerife you will find many stores selling duty-free goods, such as alcohol, cigarettes and cigars, perfumes and electrical goods, which are often much cheaper than mainland Spain.

Full of Spanish character and excitement, a number of popular markets can be found around the island of Tenerife and offer plenty of inexpensive shopping opportunities, ranging from fresh local produce and handicrafts, to collectors' items and gift ideas. Some of Tenerife's main markets are located in the Costa Adeje, the Los Cristianos area and in Santa Cruz, including a notable open-air flea market along the Avenida Jose Manuel Guimerá, which takes place every Sunday morning. 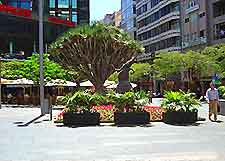 The Tenerife shopping day generally begins from 09:00 onwards, with shops opening from Monday to Saturday. Most shops in Tenerife tend to take a long break during the traditional afternoon siesta period, when the day is at its hottest, reopening once more and staying open for a further three or four hours, closing at around 20:00. Saturday shopping hours are reduced in Tenerife, with a large number of shops remaining closed during the evening. Supermarkets and other large shops in Tenerife often stay open throughout the day, roughly between the hours of 09:00 to 18:00. The majority of shops and shopping centres in the Tenerife area do not open on Sundays, except in the main tourist areas.

Leroy Merlin
Address: La Laguna, Tenerife, Canary Islands, Spain
Tel: +34 922 637 802
For all things green and horticultural, Leroy Merlin is a notable garden centre where a range of colourful plants and exotic flowers can be found.

Mercado Nuestra Senora de África (Market of Our Senora of Africa)
Address: Calle San Sebastian, Santa Cruz de Tenerife, Tenerife, Canary Islands, Spain
Tel: +34 922 606 090
One of Tenerife's most notable markets, the Mercado Nuestra Senora de África takes place each Sunday in the island's capital of Santa Cruz. Dating back to the mid-20th century, this historic market offers a diverse selection of merchandise, including local produce and hot snacks, with up to 200 different traders and large crowds.