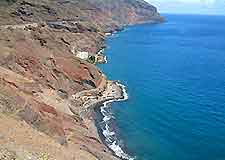 Popular as a second holiday home destination among expats, as well as a property investment hub, Tenerife has, until recently, seen a booming property market since its discovery as a holiday getaway in the 1970s.

Its mild year-round climate, idyllic beaches and natural attractions are the main draws, as well as its lively expat community, which is mostly made up of British and German expats. Potential long-term residents should be aware of the island's year-round appeal as a holiday destination, meaning constant streams of tourists but also attractive prospects for returns on holiday lets.


Most foreign renters and buyers choose property along the coast rather than in the island's capital, Santa Cruz de Tenerife, with the northern resort of Puerto de la Cruz proving popular among families and older expats. The main hub in the south is Las Americas, also known as Adeje, with its easy access to natural attractions and golf courses.

Property in Tenerife is cheaper than property in major Spanish cities, as well as property on Lanzarote and Fuerteventura, with a recent fall in prices making it possible to snap up bargains. The further away from the main beaches, the further your money will go, with most expats settling on a compromise of being close to beach amenities, yet far enough away from the action to net a good price on property.

Holiday apartments rather than serviced apartments are the norm in Tenerife, with most properties aimed at the short-stay holidaymaker market. Typically, Tenerife holiday apartments are self-catering and situated close to the coast. Many come with communal facilities, such as a gym or a swimming pool, while balconies are also the norm. Tenerife apartments are typically rented by the week, with prices escalating during peak seasons.

Long-stay visitors will need to seek out an apartment that offers long contracts, with everything from studios to three-bedroom apartments available. Long-term apartment lets are usually charged by the month and incur a deposit. Apartments are most easily found in major resorts along the coast like Las Americas, Los Cristianos and San Juan, and are a cost-effective solution to staying in a hotel or renting a villa.

Property investment in Tenerife can produce favourable returns of up to 35 percent, yet property in prime locations is difficult to source due to the island's popularity. New developments and off-the-plan properties are easier to come by and are often favoured by those buying to let, as well as those intending to use the property as a retirement home.

It is possible for non-residents to obtain a Spanish mortgage of up to 70 percent, but cash sales are also popular, as is using homes aboard as equity. An initial deposit of ten percent is usually requested to hold a property. The process leading up to signing the title deeds can take up to 60 days, after which the outstanding balance must be paid.

You will need to go through a professional estate agent when purchasing an apartment or house in Tenerife. Renters will also find searching for a property and signing a contract easier with the help of a local estate agent. Due to Tenerife's popularity among Europeans, competent English-speaking agents are widespread and easy to find.