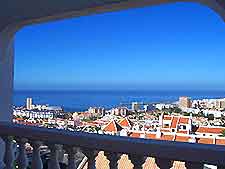 Tenerife is without doubt one of the most famous and popular of the Canary Islands and has much to offer its varied visitors. The island of Tenerife contains many large cities, such as Santa Cruz de Tenerife - the joint capital of the Canary Islands (together with Las Palmas de Gran Canaria), which has an unmistakable feeling of a big city, with a surprising number of green areas and lush gardens.

Life in Tenerife is very much centred around the thriving tourism trade, with travel tips and advice being readily available at the island's many tourist information bureaus. Throughout the year, Tenerife offers an extensive calendar of events, with numerous fiestas and parties, including Tenerife's carnival of Santa Cruz, which is one of the most important celebrations of its kind in the whole of Europe. The pace of life on the island is extremely relaxed and enviable, with locals on Tenerife known as Tinerfenos. 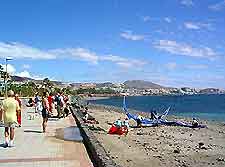 Tourist information and travel advice in Tenerife is available around the island, with up-to-date information regularly published in the weekly English-language newspaper, 'Island Connections'. Santa Cruz, Tenerife's capital city, is home to some of the island's largest tourist information centres and kiosks, with the main bureau being located on Plaza Espana, and an additional tourist information kiosk situated nearby, in front of the post office. 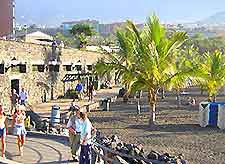 Spanish is the third most widely spoken language in the world, following Chinese and English. Although Spanish is the main language in Tenerife, English, French and German are generally spoken and understood at most place where tourists are welcomed. In smaller towns and villages around the island of Tenerife, a phrase book can be extremely helpful, assisting with communication and translation.

Tipping is quite discretionary in Tenerife and throughout the Canary Islands, with taxi drivers usually being given a 5 to 10% gratuity or similar tip, although this is by no means essential. Restaurants always include service charges by law and these should be clearly written on all of their menus, although a small tip will still be expected and very much appreciated. Hotel staff, such as luggage handlers, happily accept a tip of just one or two Euros. Generally, no other public service workers on the island of Tenerife expect tips.

Located close to the Sahara, the Canary Islands are known for their clear skies and fine, sunny weather, and Tenerife is no exception. Even on the cloudiest days, sunburn is often likely, so always take the necessary precautions, using high-factor sun lotions regularly throughout the day, together with plenty of non-alcoholic drinks, particularly when sunbathing on one of Tenerife's many beaches. 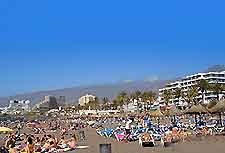 The national religion of Tenerife and throughout Spain is Roman Catholic, although most faiths and major religions are also represented in Tenerife, including Protestants and Muslims. Many churches can be found in the area, always welcoming visitors to their regular parish services.

From 2006, Spanish law now dictates that many buildings, work places and all public transport in Tenerife must be either no smoking or have non-smoking areas, clearly indicated by sign posts. Spanish legislation makes it illegal to smoke in specified areas in offices, places serving food, where children are catered for, and in most public places, and the rights of non-smokers tend to prevail over smokers. Many bars in Tenerife do welcome customers who wish to relax with a drink and smoke, with designated smoking areas or gardens.

It is always worth exercising some discretion when selecting a place in which to smoke in Tenerife and throughout the Canary Islands, with good advice being not to smoke unless others around you are.

As with all busy and bustling holiday resorts, pickpockets are present in Tenerife and can be very skillful. Be aware of your personal belongings if anyone 'accidentally' bumps into you or brushes by, and consider wearing bags across your body and using discreet money belts. Park cars in well-lit areas or use hotel parking areas in Tenerife, and never leave valuables on display.

VAT (IVA) is always included in the price and refunds are unusual in Tenerife and throughout Spain. Tourists visiting Tenerife from countries outside of the EU may be able to reclaim the tax if the item was bought for personal use and cost more than a certain amount. Shopkeepers on the island can usually provide any further information about taxes.