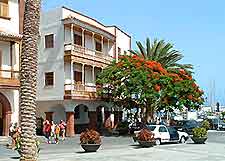 Restaurants in Tenerife are in plentiful supply and generally cater for large numbers. Most types of cuisine are available at Tenerife's many dining establishments, ranging from fast-food restaurants in the centre of Santa Cruz de Tenerife, to luxury five-star restaurants offering spectacular coastal views.

It has been calculated that Tenerife is home to around one restaurant or bar per seven people. However, these restaurant statistics are heavily influenced by the regular influx of tourists who visit Tenerife each year. Restaurants in Tenerife offer a range of traditional Spanish food, although those who prefer a more British-style cuisine will not be disappointed. 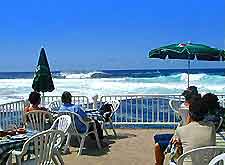 When dining in Tenerife, be prepared to eat when the locals do. Breakfast (desayuno) takes place first thing in the morning and many visitors to Tenerife choose to eat at their hotel restaurants, or in nearby cafés and coffee shops. Lunch (la comida) in Tenerife generally takes place in midafternoon, between 14:00 and 16:00, during the famous siesta time, when many restaurants are busy serving crowds of tourists and locals.

Although an increasing number of restaurants in Tenerife do open for evening dinner from around 18:00 onwards, this is mainly for tourists who are used to eating at this time. Dinner (cena) in Tenerife starts from 21:00 at the earliest, with restaurants and dining venues usually remaining open until well after midnight. 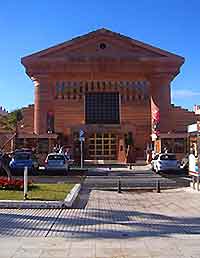 A favourite with both locals and visitors in Tenerife, Tapas bars are plentiful across the island and offer a large selection of beautifully prepared small savoury snacks and nibbles. Tapas bars in Tenerife are typically Spanish and a popular place to dine at lunchtimes. The main types of Tapas include stuffed olives, cheeses, potato chips, mouthfuls of seafood, together with locally produced wine, often from Tenerife or one of the neighbouring Canary Islands. Tapas is designed to be an accompaniment with your drinks, with the larger version 'recion' being more of a main meal.

A number of restaurants in Tenerife specialise in seafood, using a variety of freshly caught fish from the surrounding ocean. Many seafood restaurants can be founded in the fishing village of Los Abrigos, and the more touristy harbour town of Los Cristianos, both of which can be found on Tenerife's southern side. Located on the western coast of Tenerife, Los Gigantes boasts an array of bars, cafés and restaurants, often with spectacular views of the area's famous cliffs.