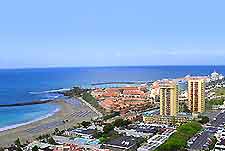 Tenerife is one of the most appealing tourist destinations and offers a huge range of resorts, hotels and accommodation options. With endless sunny weather and a constant subtropical climate, Tenerife is busy all through the year and many of the best hotels quickly become fully booked, particularly during Tenerife's high season between December to February.

Purpose built hotel complexes in Tenerife often offer the best value for money, together with excellent modern facilities and amenities. Many of Tenerife's most popular hotels stand along the southern and western coastlines, with swimming pools, ocean views and easy access to the beaches. 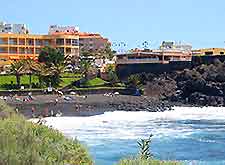 Los Cristianos is located on the southern side of Tenerife, close to the airport, and is one of the main tourist resorts in this area, featuring a beautiful harbour, manmade beaches and plenty of hotels. Nearby Adeje and the Playa de Las Americas are also appealing destinations and offer a large selection of hotels and accommodation options, with tourist resorts including Callao Salvaje, Marazul and San Eugenio. Further hotels on Tenerife's southern coast can be found in the towns and resorts of El Medano, popular with wind surfers, and Arona, situated around 10 km / 6 miles from Los Cristianos.

Santa Cruz de Tenerife lies on the northern coast and being the island's capital city, contains many affordable hotels and swanky accommodation options. The city of Santa Cruz is often a good base for exploring the northeastern side of Tenerife. One of the main tourist resorts on Tenerife's northern side is Puerto de la Cruz, known for its top hotels and stylish architecture. Based around the Aguere Valley, La Laguna is a particularly scenic spot on the northern side of Tenerife and many hotels here are close to the city's San Fernando University, as well as the coastline. 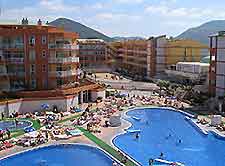 Hotels away from the coast are also often extremely popular in Tenerife and never far from attractions, shops and restaurants, including a good selection of five-star luxury accommodation. Vilaflor is a charming town, lying on the outskirts of Tenerife's Teide National Park, with impressive views and a number of private rentals, apartments and small hotels.

Catered accommodation in Tenerife has become increasingly popular over recent years and many locals operate their own relatively inexpensive bed and breakfasts. These are often family-run and can be extremely friendly and informal. Holiday apartments in Tenerife are an appealing alternative to mainstream hotels and there is an enormous selection of apartments available to rent all over Tenerife, being particularly concentrated around Santa Cruz, Puerto de la Cruz and Los Cristianos. These holiday apartments are generally available for weekly slots and advertised locally or as a vacation package, with the price reflecting the location, facilities and number of beds. 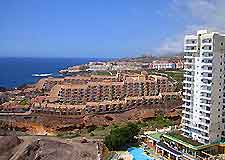 A selection of holiday villas, houses and bungalows are also available around Tenerife, and whilst more expensive than discounted accommodation and hotel packages, provide secluded retreats, spacious rooms, gardens and private pools. The price of holiday villas in Tenerife can provide good value when staying in large family groups.

For those wishing to soak up the more traditional Spanish atmosphere in Tenerife, away from the mainstream hotels and glitzy hotel complexes, rural accommodation is worth considering. Full of character, older houses and more historic buildings have been converted to take advantage of Tenerife's thriving rural tourist market and this type of accommodation is often available in villages and small towns, such as La Orotava, Los Realejos and Masca, all of which are known for their mountainous scenery.