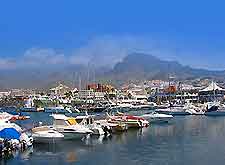 One of Tenerife's most popular and unusual tourist attractions, underwater submarine trips offer stunning views of the marine landscape around the shoreline of Tenerife.

Many major tourist attractions in Tenerife cater for families and children, including a number of excellent theme parks, such as Loro Parque, Aqualand Costa Adeje and Tenerife's Aguilas del Teide Ecological Park. 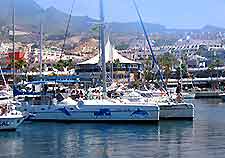 Tel: +34 922 700 556
With coastal boat trips and excursions, boat hire and cruises, Tenerife has much to offer. A good selection of boats, yachts and even catamarans can often be hired at the island's main marinas, with or without crews. The southwestern side of Tenerife is an extremely suitable region for sailing, offering spectacular views of the coastline. Inexpensive boat and ferry cruises to the nearby island of La Gomera are often available, with daily trips by either ferry or hydrofoil, travelling from Los Cristianos harbour. Whale and dolphin watching cruises are also available and depart from the end of the Playa de Los Cristianos, close to the harbour, and in Puerto Colon in the Adeje area.
Open hours: daily - dawn to dusk
Admission: charge, discounts for children 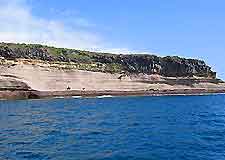 Scuba diving is one of the most popular recreational activities for both local and visitors in the Tenerife area and many people travel to the island to enjoy its spectacular underwater volcanic landscape. Offering colourful coral reefs, old wrecks, endless marine life and extremely warm waters year-round, a number of scuba diving schools are available around the island of Tenerife, providing guided tours, lessons and equipment hire.
Open hours: daily - 24 hours
Admission: free, charge for equipment hire and lessons

Offering such a diverse selection of exceptional wildlife just underneath the ocean's surface, snorkelling has long been a major attraction in the clear waters around Tenerife. Many large and colourful fish and other stunning marine attractions can be easily observed in the warm and clear waters, which offer superb visibility. Popular spots for snorkelling include the rocky Puerto de Santiago cove, the Playa San Juan area of the western side of Tenerife, and the Buena Vista, the island's most northerly town.
Open hours: daily
Admission: free 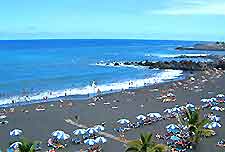 The island of Tenerife contains a number of coastal areas offering the perfect conditions for surfing and windsurfing, which are amongst the main water-based attractions here. El Médano beach is a particularly popular spot for windsurfing, hosting many major championships, where the ocean breeze and the relatively calm waters are ideal for all levels of windsurfer. Reasonably priced equipment and instructors are never far from hand in Tenerife.
Open hours: daily - dawn to dusk
Admission: free, charge for equipment hire 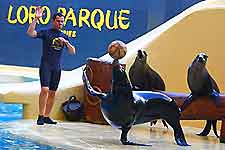 Address: Avenida Loroparque, Punta Brava, Puerto de la Cruz, Tenerife, 38400, Canary Islands, Spain
Tel: +34 922 373 841
Without doubt one of the premier tourist attractions in the whole of Tenerife, Loro Parque is much more than just a zoo. When it first opened, Tenerife's Loro Parque was simply a parrot park, but has grown and evolved considerably over the years, both in popularity and size. Containing one of the most extensive collections of parrots on the planet, other animal attractions at Loro Parque include sharks, sea lions, dolphins, monkeys, gorillas, tigers, alligators, huge aquariums and an outstanding penguin enclosure. Many shows and feeding displays take place throughout the day, with other attractions including a Porcelain Museum, a Thai Village area, a collection of orchids and a number of huge captive-bred killer whales in the Orca Ocean area.
Open hours: daily - 08:30 to 17:00
Admission: charge, discounts for children 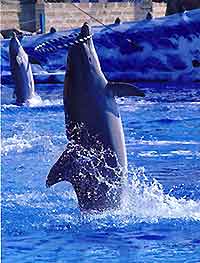 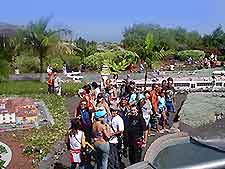 Address: Los Galletas Harbour, Tenerife, Canary Islands, Spain
Tel: +34 922 730 013
One of the most unusual water water-based attractions in the Tenerife area, submarine trips are aimed at tourists and provide an exciting way to appreciate the underwater marine life and landscape. Departing at hourly intervals most days from the harbour in the charming village of Los Galletas, submarine trips last up to 45 minutes. Other attractions in Los Galletas include seafood restaurants, small gift shops, waterfront walks and a beach area, close to the harbour.
Open hours: daily
Admission: charge, discounts for children

The nightlife in Tenerife is legendary and many people holiday on the island for the night time entertainment alone. Locals in Tenerife know how to party and with a range of nightclubs, discos, cocktail bars, restaurants, casinos and other attractions on offer, you can be sure to find plenty of entertainment to keep you occupied until the early hours of the morning. Many nightclubs only start to fill up at around midnight, with the main nightclubs including both Avenida de Colón and Avenida de Venezuela. Many restaurants in Tenerife remain open until late, often offering al fresco patio areas and dance floors.
Open hours: daily
Admission: free, charge for some nightclubs