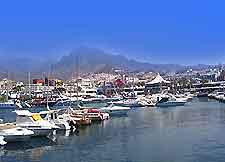 Tenerife is known for its year-round fiestas and parties, with a comprehensive calendar of events. Amongst the many festivals which take place throughout the year, Tenerife's February carnivals are particularly popular and include parades of decorated floats and an array of competitions.

Other popular events around Tenerife include the Festival de Música de Canarias (Music Festival of the Canary Islands) at the end of each January, the Holy Week celebrations leading up to Easter, and the Dia de la Cruz (Day of the Cross) in May - where many towns are filled with crosses covered in flowers. Also worthy noting is the Santa Cruz de Tenerife Carnival each June, and the Heineken Jazz Festival every July.