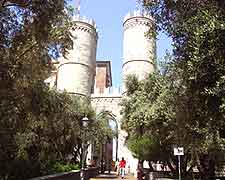 Genoa's name is thought to have its origins in a mythical two-headed creature known as 'Giano'. Its early history dates back to the 6th century AD, when it was established as a Byzantine stronghold. Historical records show that it had its own fleet of ships at that time. From 641 AD, the city was raided by first the Rotari and then by Saracen pirates.

The city only began to recover from the 10th century onwards. In the century that followed, Genoa became a powerful port. Indeed, it was probably only rivalled by the likes of Venice and Pisa.

At the very end of the 11th century, the commercial district of Antiochia was taken over by Genoese traders. The following year, the first communal institution was set up. Named the 'Compagna', it was a mix of upper class, feudal and merchant origins. The city walls, known as 'del Barbarossa', were completed in 1160 and remnants of these walls can still be seen today. In 1284, Genoa defeated the Pisan navy at the maritime battle of Meloria, thus gaining a hold on traffic across the Tyrrhenian Sea.


The late Middle Ages were characterised by feudal battles in the city. The Ghibellines and the Guelphs were at the centre of these internal struggles. At this time in history, Gothic architecture became a familiar sight in the city. From the 13th to the 15th centuries, around a dozen or so churches were built here, as well as many large palaces and similar structures. The city's growing economic success meant that the number of people who lived in Genoa also expanded, necessitating a replacement city wall. 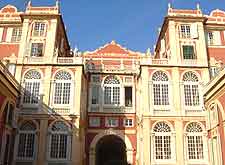 The end of the 15th century was a time of great artistic change in Genoa. Many artists arrived from both Tuscany and Lombardy to create their masterpieces here. It was also the home of the most famous Genoese son, Christopher Columbus, who later went on to famously discover America.

In 1528, Genoa came under Spanish control after an attack by Admiral Andrea Doria. During the remaining years of the 16th century, the city came under repeated attacks by Barbarians. Consequently, more defensive towers were built. Spanish rule brought a measure of stability, which went on to encourage some of its great Renaissance masters to produce new works. The Baroque artist Peter Paul Rubens came to the city in 1604. He was so taken by its beauty that he wrote a great architectural piece called the 'Palazzi di Genova'. 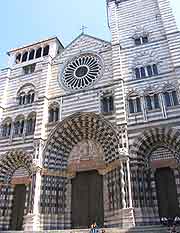 In 1805, Genoa became part of the French Empire. Ten years later, the newly formed Duchy of Genoa was united with the Kingdom of Sardinia. The 19th century saw many new public buildings erected, along with the building of new roads. However, on the whole, Genoa's time in the limelight had gone, lost to new trade routes and powers vested in the New World.

During World War Two, Genoa suffered significant damage from bombardment by the British Navy. The city was eventually liberated by partisan forces just before the Allies came.

In the 1960s, the city enjoyed something of an industrial boom. However, in the decades that followed, not all was quite so favourable, with economic success soon turning to decline. In particular, the port and some of Genoa's main industries began to stagnate.

In recent years, the city has been given new life as a cultural centre for this part of the Mediterranean, as well as a tourist destination. In 2004, Genoa was awarded the title of 'European capital of culture'.