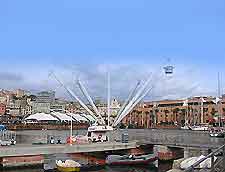 Many of Genoa's most famous landmarks can be found on the ancient 'Strade Nuova of the Palaces', today known as Via Garibaldi. Once home to Genoa's rich and famous, a number of their vast mansions are now open to the public, mostly as museums, galleries and monuments to the past.

The old port area in Genoa is also home to a number of fascinating monuments, from the harbour itself to the huge lighthouse which dominates the seafront. One of the city's most interesting modern landmarks, Il Bigo, lifts visitors high into the air to get a better view of both the city and the sea.

Address: Calata Cattaneo, Genoa, Italy, IT
What better way to see the city than from some 200 m / 656 feet up in the air. Visitors step into a cylindrical cabin, which is then lifted on a crane-like framework to give splendid views over the city and the Old Port. Il Bigo (which roughly translates as 'ship's crane) was designed by the architect, Renzo Piano, and is quite simply not to be missed.
Open hours: Tuesday to Sunday, January, February and October - 10:00 to 17:00; Tuesday to Sunday, March, April, May and September - 10:00 to 18:00; Monday, July and August - 14:00 to 20:00; Tuesday to Sunday, July and August - 10:00 to 23:00; Saturday and Sunday, November and December - 10:00 to 17:00
Admission: charge, discount available for children 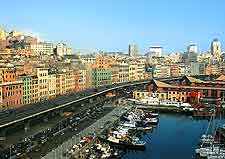 Genoa's Old Port (Porto Antico) was extensively renovated in 1992 to celebrate the Christopher Columbus Quincentenary. Since then it has become a prominent local landmark, with many new shops and restaurants, as well as a brand new conference centre. This extensive waterfront is a popular place to take a stroll or linger over a good meal.
Open hours: daily
Admission: free 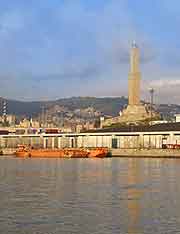 One of Genoa's unmissable landmarks is its Lanterna lighthouse. At 117 metres / 384 feet, it symbolizes the city's links with the sea and, indeed, can be seen from miles away. Now open to the public, visitors can climb the 375 steps to enjoy magnificent views of the city and coast from the lighthouse's terrace - well worth the effort.
Open hours: daily
Admission: free

Address: Via Garibaldi 7, Genoa, Italy, IT
Tel: +39 010 595 7060
This 16th-century building is a tribute to the wealth of Genoa's wealthy aristocracy at that time, with its rich decoration, courtyard and fountain. It was once owned by the family who were said to have financed Christopher Columbus' expeditions to the Americas. The recent discovery of a 17th-century fresco painted by local artist, Strozzi, adds to the palace's most notable features.
Open hours: first Saturday of every month - 10:00 to 18:00 (individual visits); daily - guided tours by reservation only through Segreteria Organizzativa BC Congressi
Admission: charge 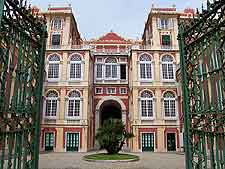 Address: Via Balbi 10, Genoa, Italy, IT
Tel: +39 010 2711 0236
A stroll around this magnificent palace is the perfect way to find out about the life of Italy's aristocracy in the 17th century. From the ballroom and throne rooms, to the bedchambers of the King and Queen, the Palazzo Reale is sumptuously decorated and elegantly furnished. Step onto the grand terrace for good views over the garden courtyard and beyond to the port of Genoa.
Open hours: Tuesday and Wednesday - 09:00 to 13:30; Thursday to Sunday - 09:00 to 19:00
Admission: charge 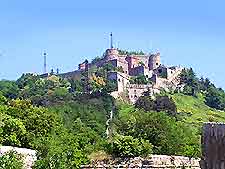 Once one of Genoa's most strategically important forts, Forte Sperone is still an impressive landmark and popular attraction. Started in mid-18th century, it was enlarged during the Napoleonic period and then restored again in the 19th century. The interior of the fort itself is interesting with its powder room, barracks and chapel. However, perhaps most memorable is the view from the fort itself which, on a clear day, stretches for quite literally miles. During the summer, the fort is transformed into an unusual venue for theatre performances and other shows.
Open hours: guided tours only (telephone Genoa's Tourist Office)
Admission: charge 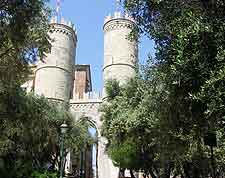 Not a great deal remains of Genoa's defensive walls which were built back in the 12th century. In fact, the Porta Soprana is part of the only surviving section.

The gateway itself has been heavily restored. Nevertheless, it remains an interesting monument to the city's maritime past.
Open hours: daily
Admission: free