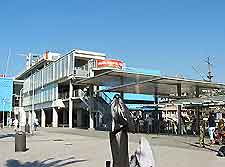 With beaches, coastal attractions and one of the most beautiful shorelines in the whole of northern Italy, it is easy to immediately recognise the charm of Genoa. The city of Genoa lies within the very heart of the coastline and is close to many charming and appealing towns, such as Portofino, which is situated just 39 km / 24 miles to the south-east.

Genoa has grown to become the busiest port in the whole of Italy and contains the majority of the region's top sights and natural attractions. Life in Genoa is at its busiest during the sunny summer months, when tourists flock to Italy's popular Liguria area, better known as the Italian Riviera. Some useful travel tips are shown below. 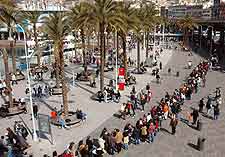 Tourist information centres and booths can be found scattered around the city at the following locations:

As with the country as a whole, Italian is the language of Genoa, although regional Italian dialects also include Genoese and Ligurian. A few words of Italian will always go a long way with the locals.

Here are a few phrases to start with. 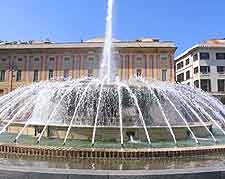