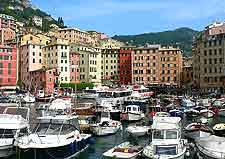 Genoa is situated in the picturesque region of Liguria, so there is no shortage of beautiful towns and villages located nearby. Most of these are perfect destinations for daytrips out of the city, with plenty of attractions worth seeing.

To the east of Genoa is a stretch of coast known as the Riviera di Levante, with the charming seaside resorts of Nervi and Camogli. Heading west are several seaside resorts that are equally worth visiting, with the main attractions including Pegli. A short journey to the north of Genoa brings visitors to the pretty hillside village of Casella. 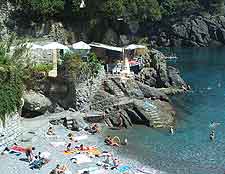 The charming fishing village of Camogli is a 20-minute drive from Genoa. Thanks to its picturesque harbour, beautifully decorated churches and authentic Italian atmosphere, Camogli is becoming an increasingly popular tourist destination. From Camogli, it's possible to take a boat trip to the nearby port of Portofino.

About 16 km / 10 miles from Genoa is the town of Nervi, a seaside resort that has long been popular with visitors wanting to 'get away from it all'. Nervi boasts a seaside promenade, along with a number of small beaches and the beautiful Villa Grimaldi Park. 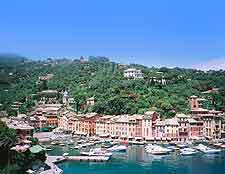 In contrast to Camogli, Portofino is anything but a quiet fishing village. For years, this seaside resort has attracted the rich and famous, including film stars and members of various royal families. Enjoy a stroll along Portofino's seafront to see some of the town's expensive shops, restaurants and other attractions. Alternatively, visitors can take a more strenuous walk up nearby Monte di Portofino, where at the top they're sure to be rewarded with some rather breathtaking views of the area around Genoa. 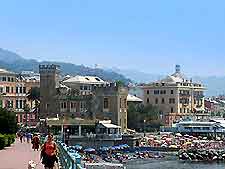 Pegli is about 12 km / 7 miles from Genoa and can easily be reached by train. Parco Durazzo-Pallavicini is the town's most popular tourist attraction, thanks to its lakes, pagodas, grottoes, medieval-style castle and fountains. Also worth a visit are two 16th-century villas, Villa Doria and Villa Durazzo Pallavicini. 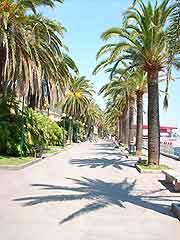 Located on the eastern side of Genoa, the nearby coastal resort of Varazze has been a sought-after tourist destination for over a hundred years and is particularly popular with winter visitors. Perhaps best known for its long beach, promenade and marina, Varazze also boasts a number of historic monuments and attractions that are well worth a visit.

Further along the coast from Varazze is the seaside town of Albisola, celebrated for its ceramics. Visitors can enjoy a stroll along the town's 'artists' seafront' and perhaps pick up an interesting souvenir to take back home, or pay a visit to Albisola's 18th-century Villa Durazzo-Faraggiana. 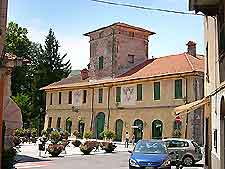 To the north of the city is the nearby village of Casella. An interesting way to get there is to take a narrow-gauge railway, which operates from Piazza Manin in Genoa and takes approximately an hour to reach Casella in the hills to the north of the city. Once there, the village makes a good base if you're planning to do any amount of walking and sightseeing.