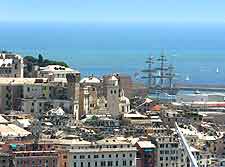 Accommodation in Genoa ranges from simple and relatively inexpensive hotels, to more luxurious and upmarket establishments. Consequently, when it comes to finding somewhere to stay, Genoa has something to suit most pockets.

Whilst Genoa offers attractive accommodation options for traditional holiday makers, the city caters particularly well for business visitors and shorter stays. Recently, weekend breaks have become popular amongst visitors. In addition, Genoa has seen the arrival of a number of new hotels, which offer modern accommodation and lodging as an alternative to more traditional hotel rooms. 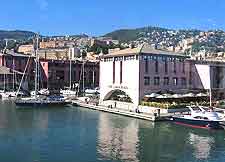 Many of Genoa's mid-range hotels can be found in the city's Old Town and are, therefore, strategically situated for the main historic sites and tourist attractions in the city. As well as location, a large number of these hotels offer the advantage of traditional accommodation with plenty of character.

For those who intend to travel by train during their stay, there is also a wide range of reasonably priced accommodation located very close to Genoa's main railway station, Stazione Principe. Indeed, the area around Via Balbi, to the west of the city centre, has a large number of hotels offering everything from basic accommodation at budget prices to mid-range options. 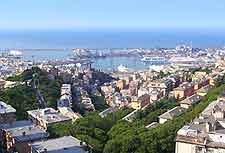 Alternatively, there are several hotels located nearby Genoa's other railway station, Stazione Brignole. These have the benefit of being located very close to some of the city's prime shopping streets.

Visitors who prefer to stay near the port area of Genoa can choose a selection of traditional hotels and lodging options, as well as more modern arrivals. Perhaps the best known of these is the Jolly Hotel Marina. Built on a pontoon over the harbour, guests at the hotel can watch the comings and goings of boats in the harbour from their own balcony.

For visitors in search of particularly memorable accommodation, then those located in one of Genoa's former palaces certainly make an attractive and unusual option. The Hotel Bristol Palace is located in a 19th-century palazzo, whilst the Locanda di Palazzo Cicala, which boasts just a few exclusive rooms, is situated in a recently restored 16th-century mansion.

Genoa does have a few campsites which are not too far outside the city. However, many visitors prefer to camp in nearby seaside towns and travel into Genoa in order to sightsee. Likewise, Genoa's youth hostel is situated outside the city centre and features extremely cheap accommodation, which can be easily accessed using public transport.