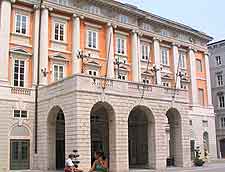 Trieste has a busy calendar of events throughout the year, offering endless things to do and experience. These include musical concerts, sports events, cultural and traditional festivals, and fairs. The highlight of these is Trieste's main film festival, which is held annually in January.

Details of forthcoming events can be found at the tourist office in Trieste. Advertisements for festivals, live music and more are also listed in the city's daily paper, 'Il Piccolo', which is well worth looking out for.