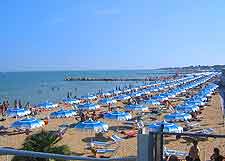 Visitors to Trieste will find that the city provides an excellent base from which to get out and about and explore this region's many attractions. Whilst a car can be useful for getting around, public transport is perfectly adequate when travelling outside of Trieste and quite affordable.

From the natural attractions of nearby Il Carso and its fascinating caves, to small towns, such as Muggia, there are plenty of opportunities to enjoy a day away from the hustle and bustle of Trieste. 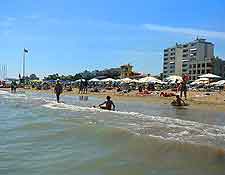 Situated halfway between Venice and Trieste, Lignano is a popular seaside town. It is perhaps best known for the cleanliness of its beaches and its fine golden sand, although the town's many theme parks are also popular with visiting young families. Nearby is the beautiful Marano Lagoon, a tranquil fenland area that is of great environmental significance. 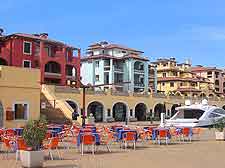 About 10 km / 6 miles from Trieste, Muggia is a small seaside town that has retained its fishing heritage and coastal attractions.

Visitors can enjoy a stroll through its narrow, winding streets, watch the fishing boats in the town's port or relax amidst the town's tranquil surroundings. 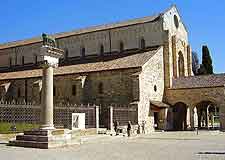 If you're interested in Roman history, then the nearby town of Aquileia is definitely the place to be. The town is part of a vast archaeological site, with a number of ruins and ancient attractions open to the public. These include the harbour, houses, necropolis and public buildings. Aquileia is also home to the National Archaeological Museum and Early Christian Museum. 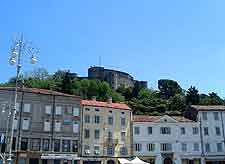 Nearby Gorizia is best known for its 11th-century castle. However, the town also has an interesting central district where many appealing attractions await, such as a baroque cathedral, a number of grand palaces and other 18th-century buildings.

The Carso is a striking natural landmark which runs to the east of Trieste for some 40 km / 24 miles. This area of cliffs and high plain is made up of limestone and dolomitic rock, which, over millions of years, has been shaped into strange rock formations. There are lots of caves on Il Carso, including the vast Grotta Gigante, and the area is abundant with flora and fauna. 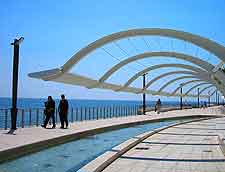 Described as the 'sunny island', Grado is a pleasant seaside resort situated 54 km / 34 miles from nearby Trieste. As well as an historic town centre, the town has long sandy beaches and many related attractions. It's possible to hire a bicycle to explore the nearby district of Grado Penata, a collection of islands that have been made entirely motor traffic-free.