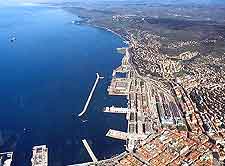 Enclosed in a narrow strip between the Adriatic Sea on the one hand and vast limestone cliffs on the other, Trieste is a fascinating city and filled with interesting locations. The influence of hundreds of years of turbulent history are nowhere better seen than in Trieste's districts.

As well as Roman ruins, the neighbourhoods in Trieste include a small medieval centre, brimming with character. Perhaps most striking though, is the city's 'modern' district (Borgo Teresiano), which was built during the golden years of the Hapsburg era and the location of many of the main attractions.

The Old Town of Trieste stretches from the port area behind the Piazza dell'Unità d'Italia to the foot of the Colle di San Giusto. This district of Trieste features a small medieval quarter, known as the Città Vecchia. A stroll through the winding, cobbled streets of this historic neighbourhood takes visitors past some of the city's main attractions, including museums, churches and Roman ruins. 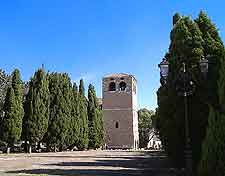 The upper district of Trieste centres around the Colle di San Giusto. This distinctive hill features the castle, as well as a cathedral and a number of other interesting buildings.

A ten-minute walk from the sea brings visitors to the bustling commercial centre of Trieste. The area around Corso Italian, Barriera Vecchia and Via Battisti is mostly the domain of office buildings and shops. 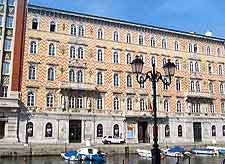 A short distance from the busy Piazza dell'Unità d'Italia is the Borgo Teresiano district. This is the modern centre of Trieste, developed from the mid-18th century onwards. Today, it remains the centre of daily life in the city. This neighbourhood is characterized by grid-like streets and its predominantly neoclassical architecture. Borgo Teresiano is the location of Trieste's train station and the Canal Grande. 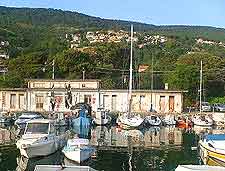 Dating from the 19th century, the Old Port district was once the great gateway to Central Europe.

In recent years, this neglected neighbourhood of Trieste has been the subject of much redevelopment, with plans to create a brand new cultural and entertainment district.