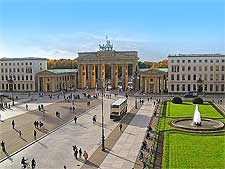 The official date given for the founding of Berlin is 1237. However, recent excavations suggest that the city's history may have begun a little earlier. An oak beam has been discovered at Petriplatz, which is believed to date back to the 1190s.

At any rate, Berlin emerged from two merchant communities, situated on either side of the Spree River. The settlement lay on the east bank, whilst its sister town of Colln grew up on the west side.

In 1307, Berlin and Colln formed a union to combine their strengths and protect their rights. Even though they presented a united front, behind the scenes they maintained financial independence. By the end of the 14th century, Berlin and Colln were home to around 8,500 inhabitants, as well as three town halls, several hospitals, and various churches and monasteries.


In 1432, Berlin and Colln merged to form a single municipality. The new municipality didn't last long and just ten years later, the elector Friedrich II disbanded it in order to strengthen his own powers.

The 16th century was a tumultuous time for Germany's religious communities. In 1539, the effects of the Reformation were finally felt here. Its churches adopted the new Lutheran rites and, from then on, the Reformation was binding in the city. 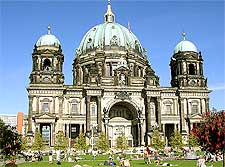 The Thirty Years' War had a devastating effect on Berlin. In fact, its population fell to just 6,000. By the end of the war in 1648, the town had grown in status to become a fortress city. Numerous bastions were constructed, the remains of which can still be seen. A standing army was based here and the administration of the city fell to a representative of the army.

Towards the end of the 17th century, the easing of immigration rules in Berlin, by its Great Elector Friedrich Wilhelm, led to something of a population explosion. The city's Jewish community was founded in 1671, and shortly afterwards, a large Huguenot community decided to settle here. Then, in 1701, the city became a royal residence for the newly crowned Friedrich I, King of Prussia.

The city also developed as a centre of the Enlightenment. Many large buildings were constructed during this period, including the Armory, the Prince Heinrich Palace (Palais Prinz Heinrich) and also St. Hedwig's Cathedral (Sankt Hedwigs Kathedrale), amongst many others. The first German-language play was staged here in 1764. Formerly, plays had been performed in French or another foreign language.

Perhaps the city's most famous 18th-century building, the Brandenburg Gate (Brandenburger Tor), was finally finished in 1791, followed by the Berlin to Potsdam road, the earliest in the city to be paved. In 1795, the city acquired its first steam engine, which was used to power spinning machines. 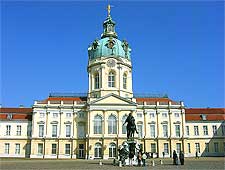 In 1806, Prussia declared war on France. During hostilities, Berlin was occupied by the French Emperor Napoleon's forces. They reputedly stripped the city of many of its treasures and even when peace was declared, the city had to pay heavy penalties.

The first half of the 19th century saw strikes and revolutions in the city. A cholera epidemic broke out in 1831, followed by food riots. Despite all this, the city continued to grow. In 1810, the city founded its first university, known today as the Humboldt University (Humboldt Universitat). By the second quarter of the 19th century, the city's economy had gone from strength to strength. New developments included a railway line to Potsdam and the arrival of Berlin Zoo.

In 1871, Berlin became the capital of the German Reich, a title which brought great political status, along with economic growth. The city became a giant work in progress - new businesses opened up and an ambitious public building programme took shape. In 1920, Berlin was greatly expanded to include many outlying villages and estates. History shows that the city now had a population of some four million. It became one of the largest industrial cities in Europe and a main cultural centre. In 1936, the Summer Olympics were held here, aimed at showcasing Nazi Germany. 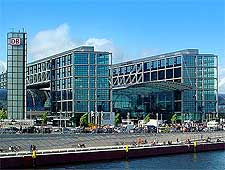 During 1938, the Jewish community was devastated as the Nazis rose. Many lives and buildings were lost during World War Two. In 1945, the battle for Berlin fought by Soviet soldiers resulted in more devastation. Post-war negotiations led to the subsequent division of Greater Berlin into sectors.

In 1948, the Soviet Union launched a blockade of West Berlin. It led to the city's famous Airlift, through which tons of food and coal were brought into the city. A new crisis arose in 1958, resulting in the construction of the Berlin Wall, which separated East Berlin from its western counterpart.

The wall was finally pulled down following the events of 1989. Reunited again, the city has been the official capital of Germany since 1991. The 1990s witnessed massive reconstruction projects, which have transformed the city centre.