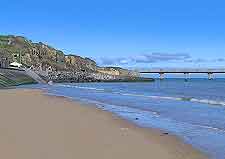 Many holiday makers choose to base themselves in the neighbouring commune of Pontorson, so that they can not only visit Mont Saint Michel, but the many attractions located around Normandy. Some of the best beaches in Normandy are to be found close to Mont Saint Michel and in particular, at the resort of St. Malo, where you can also sightsee and take in some impressive historical attractions, such as both the Cathédrale St. Vincent and the Château de St. Malo

Sightseers from Mont Saint Michel will find plenty to make Cherbourg a worthy day trip, such as Europe's largest aquarium, guided tours around a decommissioned nuclear submarine, European art works at the Museé Thomas Henry, and a range of water sports. The most popular of these recreational attractions include sailing, kayaking and even parasailing. 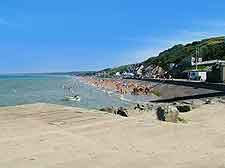 Beaches of the D-Day Landing

For many, the Normandy Beaches are of great historic significance and witnessed an enormous military operation during the Second World War, throughout the famous D-Day Landing. All of the beaches involved are within easy reach of Mont Saint Michel, with the main attractions including Omaha Beach, the Pointe du Hoc and also Utah Beach. A number of camp sites are usually not far away from the coast. 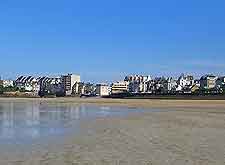 Although St. Malo may not be one of the biggest cities in the Brittany area of France, it is close to Mont Saint Michel and a really good spot to base yourselves and explore. There are a number of attractions within St. Malo, with the most historic and interesting being located along the cobblestone alleys around the walled city. For the best views, take a stroll along the ramparts and do bring a camera. Other highlights include the centrepiece of the Cathédrale St. Vincent, which is located on the Place Jean de Châtillon, and also the Fort National, the Château de St. Malo, the sandy beaches and the spectacular Grand Aquarium. The city is the final destination for the daily Condor Ferry, which starts at Weymouth (England), stopping off at both Guernsey and Jersey along the way. Also close by, the Chausey Islands are particularly attractive and appealing. 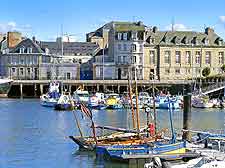 For many, Cherbourg is better known as the 'City by the Sea' (Cité de la Mer) and boasts many quality attractions. Due to its location at the far tip of the Cotentin Peninsula and its relative proximity to the southern coast of England, many English ferries regularly travel to Cherbourg, departing from towns such as Portsmouth and Poole, the latter of which is twinned with the city. 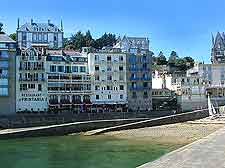 Dinard is a small and perfectly formed summer resort and conveniently near to Mont Saint Michel. Many stylish mansions are perched high on the top of the cliffs, while below and during the summer, the main beachfront is filled with beachgoers, bathing tents and parasols. The Plage de l'Ecluse is Dinard's main attraction and this beach is flanked by both the Pointe de la Malouine and the Pointe du Moulinet. Out of season, the coastal paths remain a real highlight for many. 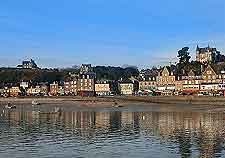 Close to both St. Malo and Mont Saint Michel, the small and charming fishing port of Cancale is most famous for its oyster beds (parcs a huitres), with more than 4,000 tonnes of these tasty molluscs being yielded here every single year. You will even find a small museum (Ferme Marine) dedicated to the farming of oysters, amongst other attractions. A seasonal tourist outlet can be found on Cancale's Quai Gambetta, while the main tourist office is located on the Rue du Port.