Getting Around, London Travel, Transport and Car Rental 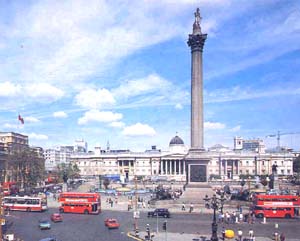 Getting into London couldn't be easier, with an excellent road and rail network and four international airports, you will have no problem arriving. Once you are in the city, travel on the London Underground (tube train), by bus or famous black cab. You may also find that many areas of interest are well within walking distance.

Flying into London you will arrive at one of the capital's four international airports, Heathrow (LHR), Gatwick (LGW), Stansted (STN) and London City Airport (LCY). They are all less than an hour from the city centre and you can travel into London by either express trains, coaches, buses or by car.

London has a complex network of underground train stations and this is more commonly known as 'The Tube'. It consists of 11 different lines crossing much of London and provides a fast and cheap way to travel all over the capital, categorising London into zones. Each line has its own colour and name - all you need to know is which direction you are travelling in. Day / weekend passes may be purchased, providing unlimited travel.

Many of the international car hire companies are well represented in the capital, providing a wide range of British, European and Japanese cars to choose from. The majority of British hire cars are manually geared and therefore automatic cars may need to be reserved. All car hire London comes with breakdown cover supplied as normal. Chauffeur-driven limousines and other self-drive vehicles can also be easily hired if required and budget is not an option.

To be able to drive a car in the United Kingdom, you must be at least 17 years old, holding a valid driving licence and car insurance. It is compulsory for the driver and all passengers to wear seat belts, in both the front and back seats. The national speed limit on both motorways and dual carriageways is 70 mph / 110 kph and on all other main roads the limit is 60 mph / 95 kph unless otherwise specified. In towns and cities the speed limits are much slower, usually between 30 - 40 mph / 50 - 60 kph. Drivers caught exceeding the speed limit risk possible heavy fines and licence endorsement. Speed cameras are frequently placed along roads to catch offenders and radar speed-traps are also used. Drivers may also be fined for driving under the influence of alcohol or drugs, without due care or attention, not using seat belts and using a vehicle not in a roadworthy condition.

Service stations can be found on main roads and are open daily, serving internationally known brands of unleaded and diesel fuel. They are more commonly referred to as 'petrol stations' and usually also sell newspapers, magazines, drinks and basic groceries.

There are many useful large car parks in London and their locations are indicated by blue street signs which have a white 'P' in the centre.

When parking on the street, take note of parking rules as these are strictly enforced by traffic wardens and the police, who may issue parking fines, wheel clamps or arrange for the vehicle to be towed away. Double yellow lines painted on the road surface next to the kerb mean no parking or stopping and single lines mean you may stop quickly only to pick up or put down, but not actually park. Other street parking is normally regulated by pay-meters for short stays - or residential permits.

Street parking in London is difficult, although most streets in the city centre do have parking meters, with the parking bay clearly being marked out. Many of these will only allow you to use them for set periods, e.g. one hour, and if this is the case it will be clearly marked on the meter. They will also indicate when you can park there for free, usually after 18:30.

If you are involved in a car accident, dial 999 for police, ambulance or the fire service. When making a 999 call, always give as much information about the incident as you can.

If you are in all a small group, then metered black cabs can be an economical way of getting around the centre. A yellow light over the windscreen tells you if the cab is available - just stick your arm out to hail it. London's cabbies are the best trained in Europe, every one of them knows the shortest route between any two points in the capital. Minicabs tend to be less reliable than black cabs, as their drivers are just individuals rather than trained professionals, although they are often cheaper. Most minicabs are not metered, so it is important to establish the fare beforehand.

There are many forms of reliable public transport in and around the city centre. Traditional London buses travel to all parts of the city and are easy to identify, being painted bright red. Open-top hop on / off guide bus tours operate every 5 to 10 minutes throughout the day at regular intervals in central London. They provide an easy way sightseeing and with daily hop on / off tickets, they are also a very useful way to travel since you can leave the bus to explore and get back on when you are ready.

Many boat trips run up and down the River Thames and this can be a novel way of travelling around the city. However, most are sightseeing trips, taking you to places such as the Thames River Barrier.

Those in Europe can reach London by rail from Paris, Lille and Brussels via the Channel Tunnel.