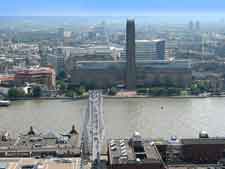 The art scene in London is simply exceptional and as you would expect with a capital city, the galleries on offer are literally amongst the cream of England. Enjoying huge annual visitor numbers and not to be missed, the Tate Britain stands alongside the River Thames, on the actual site of the past Millbank Prison. Famous artists within the permanent collection of the Tate Britain include the likes of John Constable, Thomas Gainsborough, William Hogarth, Henry Moore, George Stubbs and Joseph Turner.

London is also well known for being home to the stunning Tate Modern gallery, which occupies the former Bankside Power Station and provides something a little more contemporary. Also worth a mention in London is the National Gallery on Trafalgar Square, and its close neighbour, the National Portrait Gallery on St. Martin's Place. 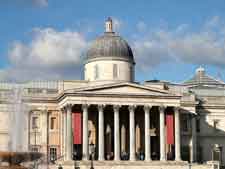 Address: Trafalgar Square, London, WC2N 5DN, England
Tel: +44 (0)20 7839 3321
Western European paintings dated between 1260 and 1900 are displayed in the four wings of the National Gallery. Many famous works can be viewed, including paintings by Monet, Renoir, Gaugin, Turner and Picasso. Lesser-known paintings appear in Lower Gallery A. Established in 1824, the National Gallery started its life when the British government purchased a small collection of fine art from wealth local merchant.
Open hours: Saturday to Thursday - 10:00 to 18:00, Friday - 10:00 to 21:00
Admission: free
Nearest tube station: Charing Cross 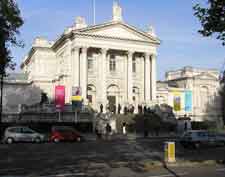 Address: Millbank, London, SW1P 4RG, England
Tel: +44 (0)20 7887 8888
The Tate Britain houses the national collection of British art from the early 16th century to early 1900s. It was originally founded in 1753 with money from Sir Henry Tate, the man who invented the sugar cube. In addition to housing its permanent collection of British art and its outstanding Turner collection, the gallery also showcases contemporary British artists and continues to sponsor the Turner prize, the country's most prestigious modern art prize. The Tate Britain has a reputation for hosting some of London's best art exhibitions, for which there is usually an admission charge.
Open hours: daily - 10:00 to 17:50
Admission: free
Nearest tube station: Pimlico 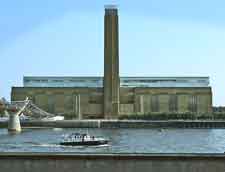 Address: Bankside Power Station, London, SE1 9TG, England
Tel: +44 (0)20 7887 8888
The gallery shows international modern art from 1900 to present day - Picasso, Matisse, Dali, and Warhol, plus contemporary works by Gilbert and George. The stunning Turbine Hall runs the length of building, creating a massive exhibition space, designed by Swiss architects Hertzog and de Meuron. There are special exhibitions and also a café with superb views over the River Thames. When this brick building was originally built the town planners insisted that the central chimney should not outreach the top of St. Paul's Cathedral. This actually ended up preventing the sulphurous smoke from escaping into the upper atmosphere and instead it drifted across the River Thames and ironically attacked the cathedral's exterior. Closed in 1980, it was reopened as the Tate Modern in summer 2000, after a refurbishment cost of £130 million.
Open hours: Sunday to Thursday - 10:00 to 18:00, Friday and Saturday - 10:00 to 22:00
Admission: free
Nearest tube station: Southwark

Address: 16 - 18 Ramillies Street, London, W1F 7LW, England
Tel: +44 0845 262 1618
This is one of the UK's top venues for contemporary photography. Year-round exhibitions and educational events ensure that a broad range of photographic work is on show, with the emphasis on developments in the art. A bookshop and print sales area is available.
Open hours: Tuesday to Sunday - 10:00 to 18:00
Admission: free
Nearest tube station: Oxford Circus

Address: 2 St. Martin's Place, London, WC2H 0HE, England
Tel: +44 (0)20 7312 2463
The National Portrait Gallery was founded in 1856 to collect a pictorial library of famous British men and women and it quickly became the most comprehensive collection of its kind. Famous portraits include musicians, politicians, athletes and members of the royal family. Nearby attractions include the Garrick Theatre, the National Gallery and Trafalgar Square.
Open hours: Saturday to Wednesday - 10:00 to 18:00, Thursday and Friday - 10:00 to 21:00
Admission: charge
Nearest tube station: Charing Cross