Many Londoners are completely obsessed with sport and many of the nation's sporting fixtures and events are held in this capital city, with large crowds spectating.

London's sporting calendar is full of exciting events throughout the year. 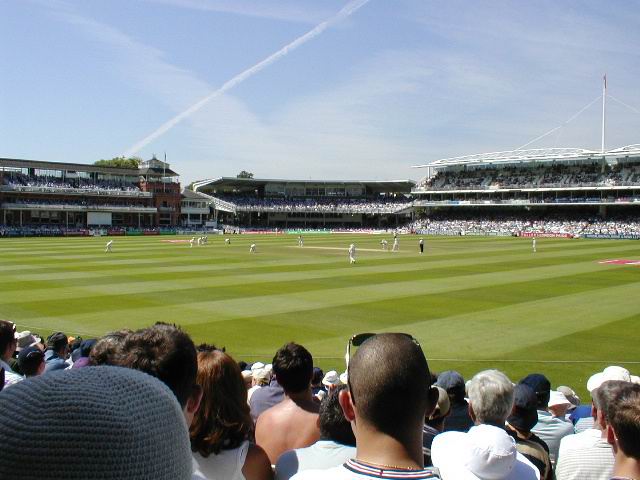 Tel: +44 (0)20 7432 1033
This is the spiritual home of cricket and combines beautiful historic buildings with more modern seating areas in this enormous stadium. On the popular Lord's Tour visitors are able to see behind-the-scenes at the Lord's Cricket Ground, with highlights including the Long Room, the MCC museum and The Ashes, famously fought over between England and Australia. County cricket comes to life from April to September, with many exciting matches being played at Lord's and also nearby at The Oval in Kennington.
Open hours: daily, except for Test Match and cup final days
Admission: charge
Nearest tube station: St. John's Wood

English football is passionate and if you have an interest in the game, then catching the league or FA cup fixture is a must. The season runs from mid-August to early May and there are four leagues, one, two, three and at the top, the twenty-club Premier League. London boasts its fair share of international football greats and some of the country's finest are to be found at London clubs. As football fever grabs hold of the capital, many a good game can be found at any of the top clubs. Arsenal at Highbury, Spurs at White Hart Lane, Queen's Park Rangers, Chelsea, Leyton Orient, Charlton, Millwall and Fulham being the biggest clubs in London. A day spent watching the game is an unforgettable experience.

Rugby gets its name from Rugby public school, where the game mutated from football in the 19th century. More than 60,000 rugby followers can watch England at Twickenham or go to the many Rugby Union clubs now playing professional rugby. Most are situated around the Richmond / Twickenham / Barnes triangle unless you travel to Wasps at Loftus Road, Blackheath or Saracens at Enfield.

Wimbledon is famous throughout the world for hosting one of the most prestigious international sporting events - The Wimbledon Tennis Championship. Tennis celebrities from all over the world battle for supremacy at this annual lawn tennis event. Strawberries and cream are a great British tradition enjoyed by the spectators. This annual tournament starts at the end of June.

With many large and well-known tracks including Ascot, Epsom, Kempton Park, Sandown and Windsor, horse racing is another large sporting attraction in London and the surrounding area. It provides a fun and enjoyable day out for punters to gamble with their hard-earned cash.

A night out at the dogs is still a popular pastime in the city and was once considered a lower-class substitute for horse racing. It is an inexpensive evening out and the atmosphere can be electric. There are greyhound tracks in Catford, Crayford, Romford, Walthamstow, Wembley and Wimbledon.