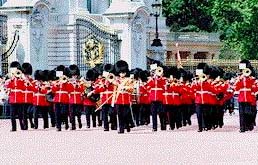 The Lord Mayor's Parade, the daily Changing of the Guards at Buckingham Palace, the Promenade concerts and Notting Hill Carnival are just a few of the great number of spectacular events that complement this most famous capital city. London's West End 'Theatreland' is, along with Broadway, the world's most famous theatre district and the home of wonderful musicals and events.