Getting Around, Copenhagen Travel, Transport and Car Rental 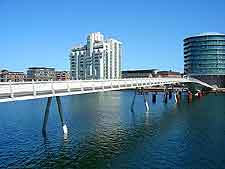 An extensive and well-maintained public transport system operates within Copenhagen and comprises an underground metro train network known locally by the Danish as S-tog (S-trains). A total of ten metro lines travel beneath the Central Station and are always busy.

Bus travel is also extremely popular in Copenhagen and the main transport hub for buses is at the Radhuspladsen. The city's bus system is called the Hovedstadsomradets Traffikselkab, or simply 'HT' for short. Both metro and bus transport in Copenhagen shares a similar way of pricing, with zoned areas radiating outwards. Basic fares cover two zones and permit passengers to travel between both buses and trains whilst using just one ticket. 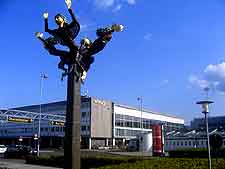 Address: Lufthavnboulevarden 6, DK 2770, Kastrup, Denmark
Tel: +45 3231 3231
Known locally in Copenhagen as the Köpenhamns Flygplats, Copenhagen Airport is Denmark's premier air facility and sees annual passenger volumes of over 23 million. Located only 8 km / 5 miles from the actual city centre and lying directly to the south, the airport resides in the town of Kastrup, on Amager Island, and is connected to easterly cities such as Malmo by the famous Oresund Bridge. The most popular forms of transport travelling into central Copenhagen include high speed trains, various buses and taxis. A shuttle bus service (no. 38) also travels into the city centre and is completely free of charge, running from each of the three terminals. 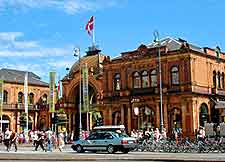 Apart from the regular weekly rush-hour traffic and resultant bottlenecks, using a car to travel around Copenhagen is usually quite manageable and the freedom provided suits many people's needs. A car is an especially convenient mode of transport for reaching the suburban districts and attractions, and for travelling further afield, to reach nearby popular theme parks, such as Bakken and Legoland Billund. In order to be able to park on the streets of Copenhagen, you will first need to purchase a ticket from one of the main automated ticket machines, known as 'billetautomat', which are zone specific. 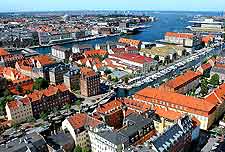 Being so cheap and reliable, buses are always popular and priced according to the number of zones that you are intending to pass through. You pay the drivers as you board the bus, unless you hold a travel card. Rather than purchasing just a single fare, consider buying a clip card (klippekort), which remains valid for ten rides, within a set number of zones, usually two or three. 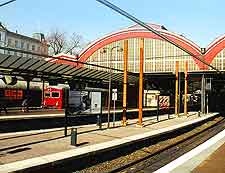 Both the Grand Central Station (Hovedbanegarden) and the Norreport Station are the main transport hubs in Copenhagen and where intercity trains, S-trains (metro) and buses all converge. The Grand Central Station is located on the Banegardspladsen and allows you to travel with ease to outlying suburbs, towns, resorts and beaches, such as those at Charlottenlund and Klampenborg. Metro trains are useful for inner city transport and run between Christianshavn and Vanlose every few minutes, amongst other destinations.

Taxis are a popular travel option for many tourists and lend themselves to short journeys. Many taxis often queue outside of the main train stations and at various central locations, which are usually easy to spot. They can also be hailed on the street or requested by telephone if required.