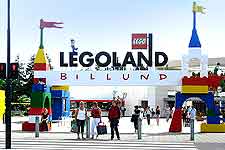 Many coastal attractions and beaches present themselves around Copenhagen, such as the southerly beaches of Amager Strandpark and Sydstranden. Directly north of Copenhagen, the beaches of Charlottenlund and Klampenborg (Bellevue Beach) are also worth exploring and are lined by a number of appealing attractions, eateries and small gift shops.

The long and wide stretch of water known as either the Oresund or the South influences many of the main attractions close to the city and often creates some quite unbeatable backdrops. Helsingor is a popular small port town situated at the narrowist section of the Oresund strait and well connected to Copenhagen by regular ferries. If you have children with you, then a day trip to the original Legoland in Billund is an absolute must. 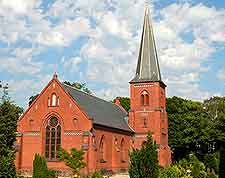 Situated on the southern shore of Amager island, to the east of Zealand, Dragor makes for a good afternoon excursion. Around the waterfront you will find a number of historical smokehouses and interesting fishing boats. The Dragor Museum is worthy of a look and is situated at Dragor harbour, while the mustard-coloured houses within the Old Town area have become one of the town's most photographed sights. 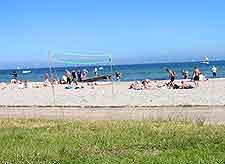 Klampenborg has long been a favourite for daytrippers from Copenhagen and is just 20 minutes away by rail, with regular trains departing from the Central Station (S-train line C). Within Klampenborg, the sandy stretch of Bellevue Beach quickly becomes packed with sunbathers during Denmark's sunny summer months. Bellevue Beach is where many of Klampenborg's main attractions reside, including plenty of nearby eateries, gift shops and entertainment. 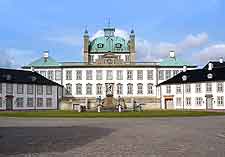 A quiet and peaceful lakeside town, most tourists come to Fredensborg to visit its royal castle. Just a short distance to the north of Copenhagen, Fredensborg Slot (Fredensborg Castle) was built during the 1720s by Frederik IV. The interior attractions within Fredensborg Castle can only be visited during July, the month when its royal residents choose to take their summer holiday each year. The palace is surrounded by some 300 acres / 120 hectares of parkland (Fredensborg Slotspark), where you will find many sculptures, an orangerie and even a royal boat house. 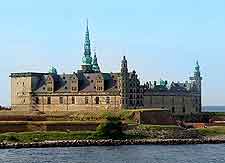 Helsingor contains a number of historic quarters, which are filled with interesting buildings and attractions from yesteryear. However, it is the Kronborg Slot (Kronborg Castle) that remains Helsingor's number one sight, standing high above the harbour dominating the area with its grand architecture. To learn more about the marine creatures living in the surrounding Danish waters of the Oresund, pay a visit to the Oresundsakvariet Aquarium on the Strandpromenaden. 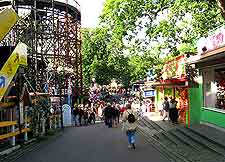 The oldest surviving amusement park on the planet, Bakken stands within the Dyrehaven area of Greater Copenhagen and is filled with fast rides and fun attractions, including a popular runaway train roller coaster. Dating back to 1830, the Bakken Amusement Park stands within the vast recreational space of Dyrehavsbakken, where large herds of wild deer live and thrive in its Dyrehaven Deertpark (Dyrehaven Deer Park).

Located around 1 km / 0.5 miles to the north of the small Danish town of Billund, Legoland is one of the most popular tourist attractions outside of Copenhagen and this fun-filled theme park covers some 25 acres / 10 hectares. The Legoland amusement park opened in 1968 and features a range of fast rollers, merry-go-rounds, numerous restaurants and even its very own bank and hotel. One of the main attractions within Legoland is the Lilliputian world of miniature cities and buildings, which comprises around 50 million plastic Lego blocks. Legoland is divided into themed areas, such as Adventure Lane, Duplo Land, Knights' Kingdom and Miniland, and is open from April to October.