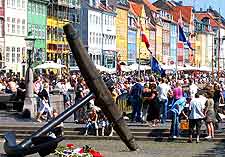 The main shopping area in Copenhagen is based around the Stroget and here you will encounter numerous speciality stores, which sell a wide range of merchandise, including stylish Scandinavian clothing and Danish Royal Porcelain. Denmark's very own Bang & Olufsen company features a large branch on the eastern side of the Stroget, on the Ostergade, where their expensive audio equipment is the ultimate in style.

Those planning to do some serious jewellery shopping in Copenhagen should first look at the many jewellers around the Stroget, where Danish amber is often a prominent feature in pendants, rings and earrings. Various markets and shopping malls are also to be found in Copenhagen, including the waterfront Fisketorvet complex, where coffee shops and local stores all enjoy this scenic setting. 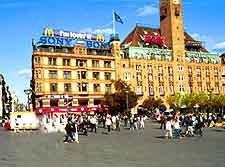 Most stores open as follows: 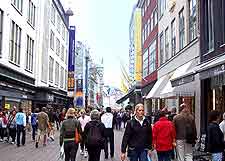 Much of the shopping in Copenhagen is centred around the highly pedestrianised Stroget, which comprises several streets running through the very heart of the city, in an east to west direction. The Stroget dates back to the early 1960s and passes many famous sights, such as the Town Hall Square (Radhuspladsen), and also the Kongens Nytorv and Gammeltorv squares.

Many big names in designer shopping and Danish clothing dominate this part of Copenhagen and in particular around the Kronprinsensgade, such as Prada, Versace and Gucci, amongst many others. 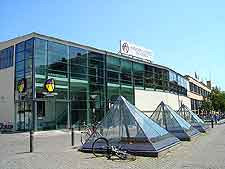 Located just a few miles from central Copenhagen is the glitzy new Fields Shopping Centre, a mega mall with in excess of 150 different stores and outlets. Currently one of the biggest and most popular indoor shopping centres in the whole of Northern Europe, the Fields was a major addition to the city's recreational attractions and offers the perfect way to spend a rainy day.

Even Copenhagen Airport has more shops than you would possibly expect, reflecting the city's prominent Scandinavian status. In total, the airport's shopping centre comprises over 50 shops, all of which are based within the international terminal's transfer area.