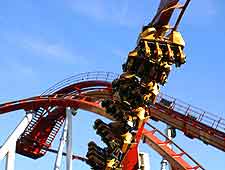 A truly 24-hour city with a huge selection of things to do, Copenhagen is much more than just a party city and boasts an array of cultural festivals. Many of the most popular events take place at the city's various concert halls and theatres, such as the Bellevue Teatret on the Strandvejen, the Det Kongelige Teater (Royal Danish Theatre) on the Kongens Nytorv, the Forum in the nearby municipality of Frederiksberg, and the Copenhagen Opera House on the Tordenskjoldsgade, which was opened as recently as 2005 and enjoys a scenic waterfront situation in the Holmen area.

Some of the biggest and best festivals in Copenhagen take place in June, July and August, with summer favourites including the bonfires on Midsummer Eve, the nearby Danish Derby, the Roskildefestivalen rock concerts, and the Jazz Festival, which boasts a true cornucopia of some 500 different concerts. One to look out for is the Copenhagen Summer Festival, which takes place each year at the end of July and features exceptional chamber music at the Charlottenborg ceremonial hall.