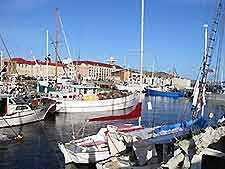 Hobart offers an array of appealing and affordable accommodation, with many of the most popular hotels residing on the docks, within the Battery Point area and around Salamanca Place. However, since demand for lodging in these parts of Hobart is high, so are the prices.

Hotels are also known to be a little pricey within the wealthy Sandy Bay suburb of Hobart, with an extensive selection of accommodation options lining the Sandy Bay Road. However, do bear in mind that this road is particularly long and subsequently lodging here can be a fair distance from the city centre itself. 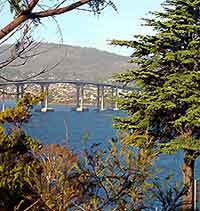 Hobart city centre and the Central Business District (CBD) is where a sizeable percentage of the city's main youth hostels reside, together with pubs offering cheap accommodation suiting budget travellers. Also, during the long university holidays, many rooms within the halls of residence at the University of Tasmania (in the Sandy Bay suburb of Hobart) become available, providing exceptionally cheap and convenient accommodation.

Alternatives include reasonably priced hotels within the city's numerous suburbs, such as Queens Domain, New Town, North and South Hobart, and along the eastern shore of the Derwent River. There are even guest houses on the top of Mount Nelson, providing magnificent panoramic views across the city and much of southern Tasmania.

Many hotels and guest houses in Hobart are often filled to capacity. Accommodation reservations may be necessary at least several weeks in advance during peak seasons and major events in this part of Tasmania, such as both the Royal Regatta and the Australian Wooden Boat Festival in February.