Hiroshima Weather, When to Go and Climate Information 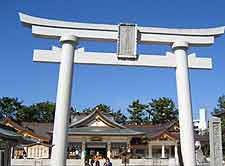 The city of Hiroshima is known for its mild climate and stands alongside the Ota River delta, boasting a particularly well-sheltered harbour area. Summers in Hiroshima are hot and humid, with temperatures reaching 30°C / 86°F or more during August, dropping to just below 8°C / 46°F by day in January and February.

Hiroshima's weather is strongly influenced by its location within the Seto Inland Climate Zone. Much of the city is protected from weather extremes by the northern Chugoku mountain ranges, and also the westerly Shikoku mountains. 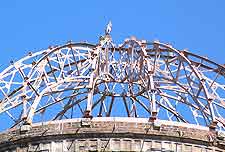 From early June until the middle of July, Hiroshima rainfall is at its highest. This rainy season may be a little inconvenient at times, but should not prevent you visiting at this time of the year, since fine weather is often only just around the corner.

Whilst the summer climate in Hiroshima may be a little too hot for some, others enjoy the sunny weather and high temperatures. Light clothing is a necessity during the humid summer months, although a fold-up umbrella may also prove useful at times. The Inland Sea becomes especially appealing in the summer and the warm water is perfect for swimming.

Annually, the northern area of the Hiroshima prefecture tends to experience more rainy weather, with precipitation levels of around 1,700 mm / 66 inches, when compared to around 1,500 mm / 59 inches in the more southerly areas.

The winter climate in Hiroshima may be fairly mild, but gusty winds can make many of the days feeler much cooler. Even snowy weather along the coastline is by no means unheard of. However, spring is never far away, and by the time that March arrives, the flower buds in the plum and cherry trees soon begin to burst into life and the clear sunny skies arrive once more.