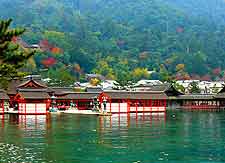 The Hiroshima Prefecture covers a large area and is home to many outstanding attractions, including both temples and shrines to rival Japan's best offerings. Close to the city of Hiroshima, Hagi is known for its famous ceramics and historic Samurai Quarter, which is full of character.

Also close to Hiroshima are the spreading cities of Iwakuni and Kure, both of which boast plenty of restaurants, where many local specialities can be expected. The main attractions nearby Hiroshima are listed below. 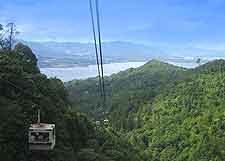 The attractions on the island Miyajima are close to Hiroshima being linked by regular ferries from the Miyajimaguchi port, and include the magnificent torii gate of the Itsukushima-jinja, which is amongst Japan's best photo opportunities. A number of other island attractions are on offer and include additional temples, walking trails and even a cable car, which runs to the top of the eye-catching Mount Misen. The island of Miyajima is a popular day trip from Hiroshima and has a population of just over 2,000 people.

An interesting town with a population of around 45,000 inhabitants, Hagi can be found directly west of Hiroshima and is home to a number of appealing sights and tourist attractions. Amongst the highlights in Hagi are temples, shrines, the remains of an ancient castle, local potteries and superb views of the coastline. 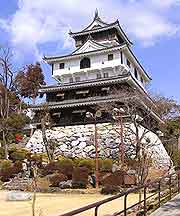 Iwakuni is situated in the Yamaguchi Prefecture, where it is the capital city and home to more than 110,000 residents. Lying to the south-west of Hiroshima, Iwakuni's spectacular Kintai-kyo Bridge is amongst the top attractions here, originally constructed in 1673 and rebuilt during the mid-20th century. The Old Samurai Quarter is also of interest and boasts a cable car ride and the appealing Iwakuni Art Museum.

Also known as 'Little Kyoto', Takehara City is home to a famed preservation area and several museums, making this city a great destination for a daytrip. With the ruins dating back to the Edo period (mid-19th century), when the city thrived thanks to its salt industries, there is enough history here to occupy you for a whole day. Takehara City is also known for its speciality foods and visitors should try shoba and a shot of sake (rice wine) while they are here. 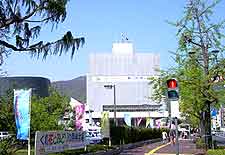 A spreading and prosperous city standing to the south-east of Hiroshima, Kure has a population of more than 200,000 and is the third-biggest city in the Hiroshima Prefecture. With the Yamoyo Museum being a recent addition to the city's many attractions, you will find plenty to pass the time in Kure, with the Kure Portapia theme park, the shopping districts of both Hondori and Rengadori, and the famous Sempuku Sake (rice wine) being especially tempting.