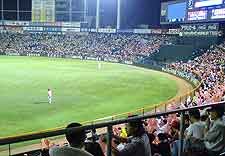 Hiroshima, the city best known for being flattened by an atomic bomb at the end of WWII, surprisingly downplays the significance of this event and prefers to celebrate the more positive traditional and contemporary festivals that Japanese culture is so rich in. Festivals in Hiroshima range from ancient traditions to the more modern 'respect for the aged' and sake festivals, along with some popular national festivals.

Buddha's and emperor's birthdays are all celebrated in Hiroshima, together with many other seasonal festivities and more Western-style events, such as the International Animation Festival each August, and even Valentine's Day in February. The main festivals in Hiroshima, and other popular things to do during your stay, are all shown below.