San Francisco is a wonderful city to visit at any time of the year and the Bay Area of the city has an unusual collection of micro climates. This is a direct result of the famous San Francisco fog, which is often redirected by the city's many steep hills.

The city's fog can be quite an attraction and watching the fog roll in through the Golden Gate bridge, headed towards the city, is a sight well worth seeing. 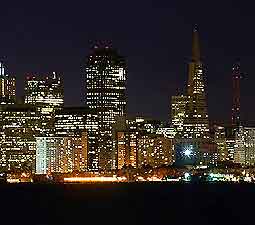 English is the most commonly spoken language in America. There are countless ways to say the same thing in the English language, so, in most cases, don't worry about trying to think of an alternative.

The cosmopolitan city of San Francisco is home to a large number of different cultures and most religions have a presence. Newspapers generally list times of services for the main denominations. San Francisco contains numerous cathedrals, chapels, mosques, temples and synagogues.