Zaragoza Weather, When to Go and Climate Information 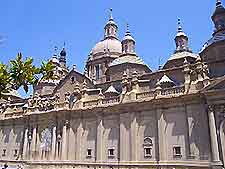 The weather is Zaragoza varies throughout the year and the climate is often describe as 'continental'. This means warm summers and colder winters, although temperatures rarely drop below 0°C / 32°F during Zaragoza's winter months.

The spring weather and climate in Zaragoza is fairly fresh, with winds from the nearby Ebro Valley. Although spring in one of the wettest times of the year in Zaragoza, the climate is generally fairly dry and rainy weather soon clears up, with showers often being short-lived. May averages around 38 mm / 1.5 inches of rain each year. 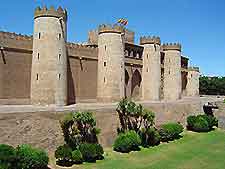 Summers in Zaragoza bring the best weather, with many sunny days from May to September. Temperatures during Zaragoza's summer months average around 28°C / 82°F, peaking during July and August at 35°C / 95°F, or on occasion ever higher. Evenings are mild in the summer, although temperatures soon drop and a jacket is often necessary. Many outdoor fiestas are held during Zaragoza's summer months, taking advantage of this fine, reliable weather. Al fresco dining is also popular in the summer, with many restaurants featuring popular patio areas.

Autumn can be a pleasant and appealing time to visit Zaragoza, outside of the high season. Still offering plenty of sunny weather and a warm climate, rain is not uncommon during Zaragoza's autumn months. Daytime temperatures during September average around 25°C / 77°F, however, by the end of October, temperatures have dropped to 18°C / 64°F.

Although the winter climate is the coldest time of the year in Zaragoza, temperatures generally remain well above freezing. Ground frosts are infrequent and amongst the fresh, overcast days, many fine clear skies and sunny weather can be expected.