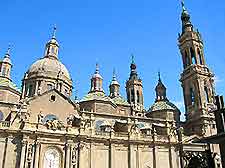 Many of the most important and impressive buildings in the city of Zaragoza are its beautiful churches, cathedrals and chapels. Featuring a range of architectural styles and structures, including Mudéjar, Neo-classical and Baroque, churches and cathedrals in Zaragoza regularly feature masses throughout the week.

Two of the most important religious buildings in Zaragoza are the Catedral de la Seo (La Seo Cathedral) and the Basilica del Pilar (El Pilar Cathedral), both of which offer elaborate facades, stone carvings, frescoes, stained-glass windows and grand interiors. 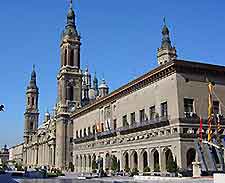 Address: Plaza del Pilar, Zaragoza, 50003, Aragon, Spain
Situated in the centre of Zaragoza, the Basilica del Pilar is one of the country's biggest churches of its kind and dates back to the 18th century. With impressive alabaster sculptures, historic frescoes, period features and detailed architecture, the Basilica del Pilar also features a holy chapel and an impressive altarpiece. The Basilica's towers can be climbed and offer superb views of central Zaragoza and beyond. 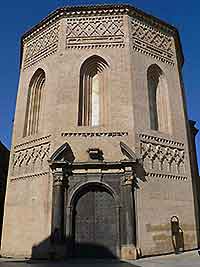 Address: Plaza Magdalena, Zaragoza, 50001, Aragon, Spain
Tel: +34 976 39 9745
Dating back to the 14th century, the Iglesia de la Magdalena is most famous for its tall tower and Baroque-style architecture.

Address: Gil Berges, Zaragoza, 50003, Aragon, Spain
Tel: +34 976 22 1520
The Iglesia de San Felipe can be found in Zaragoza's Casco Histórico district and dates back to the early 1700s. With three naves and masses every Sunday, the church features a number of eye-catching stone columns.