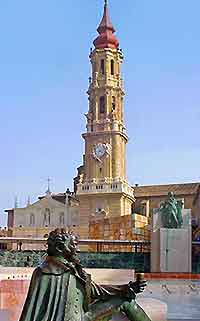 Many people make the mistake of passing through the city of Zaragoza, on the way to Madrid and Barcelona, however Zaragoza has an enormous amount to offer visitors.

With an array of museums, art galleries, theatres, shops and top restaurants, Zaragoza is an important university city, with approximately 50,000 students and a number of faculties in the very heart of central Zaragoza.

Zaragoza offers an array of tourist attractions for visitors to the city, with plenty of travel tips and advice available at the central tourist information offices and bureaus. Hotel concierges are always happy to assist with planning your stay in Zaragoza and many sightseeing leaflets are often available in hotel foyers.

Much of city life in Zaragoza is based around the historic city centre, known locally as the 'Casco Viejo', where you will find many historical buildings, palaces and churches.

A selection of tourist information offices can be found in Zaragoza, both promoting tourism in the city and the surrounding area. Zaragoza's tourist bureaus offer a wealth of travel tips and advice, together with leaflets and brochures about top attractions, events listings and up-to-date information about local fiestas, accommodation booking and in-depth city maps. One of the most historic tourist bureaus in Zaragoza, the Torreón Tourist Office is actually located inside a 15th-century Mudéjar tower, alongside the famous Roman Walls. 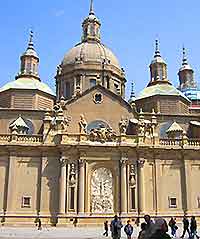 Spanish is the third most widely spoken language in the world, following Chinese and English. Although Spanish is the main language in Zaragoza, English, French and German are often understood at most sights, hotels and restaurants, with menus often provided in several languages. Castilian Spanish is the official language, although in the surrounding regions, Basque, Catalan and Galician are spoken. When venturing outside of Zaragoza, a phrase book can be extremely helpful.

Tipping is quite discretionary in Zaragoza, with taxi drivers often being pleased to receive a tip 5% or more, although this is by no means compulsory. Restaurants always include service charges by law and these should be clearly shown on the menus, although a tip will still be expected and very much appreciated. Hotel staff, such as luggage handlers, happily accept a small tip, which may be as little as a Euro. Generally, no other public service workers in Zaragoza expect tips. You should always pay tips in cash, to be sure that the person it is intended for receives it fully. 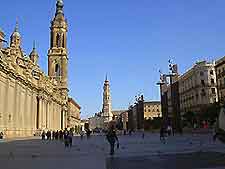 The national religion of Zaragoza and throughout Spain is Roman Catholic, although a range of other faiths and religious beliefs are also present in Zaragoza, including Protestants and Muslims. There are a vast selection of churches and chapels that welcome visitors and these often operate fairly formal dress codes. Zaragoza's Basilica del Pilar (El Pilar Cathedral) is actually the biggest Baroque-style church in the whole of Spain.

January 2006 saw the passing of a major law actively enforcing the rights of non-smokers throughout Spain and many public buildings in Zaragoza are now completely smoke-free. Visitors to Zaragoza often choose to either smoke outside or in designated areas, where others are already smoking. In general, offices, restaurants, and venues for children restrict smoking, together with all modes of public transport.

One of the biggest security threats in Zaragoza are bag snatchers and pickpockets, who have become skilled and fast. Be aware of people brushing past or bumping into you on busy streets in central Zaragoza, consider wearing handbags and cameras across you body, and use a discreet money belt if possible. Always park your car in hotel parking areas, or in well-lit streets or safe places, and avoid leaving any valuables inside.

VAT (IVA) is always included in the price and refunds are unusual in Zaragoza and throughout Spain. Tourists visiting this city from countries outside of the EU can only claim a refund on this tax if the item was purchased for personal use and cost more than a certain amount. Shopkeepers in Zaragoza can provide further details if required.