Pisa may be a relatively small city, but it is filled with some of Italy's most famous attractions and enjoys a superb situation, close to the western coastline of Tuscany. If you have checked out the Leaning Tower and the Baptistery, indulged in some Tuscan wine, visited the local museums and admired the fine Italian architecture of the Il Duomo cathedral, then there are a number of tempting day trips that present themselves.

Those who have invested in a rental car for the duration of their holiday can simply head north for some 35 minutes to Lucca, where the list of attractions is a lengthy one. Slightly closer to Pisa is the town of Calci, which lies to the east and is called home by the former Carthusian monastery - now named the Calci Charterhouse (Certosa), and its natural history museum. It is even possible to drive to Florence (Firenze) in around an hour and a half.

The nearby city of Lucca is located just 20 km / 13 miles from Pisa and is full of interesting attractions worth visiting. There is a long history of rivalry between the two cities and in the past there have been many conflicts. Halfway between Pisa and Lucca is the Nozanno Castle, which was built in 1126 to ward off Pisan attacks. In the neighbouring town of Ripafratta, Pisa also built a similar defensive castle for the same purpose. Highlights include: 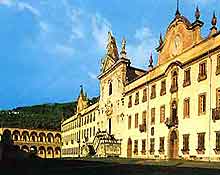 Calci is a town with a turbulent history and over the years has been occupied by Etruscans, Romans, Lombards, Pisans and Florentines. Noteworthy attractions include the Pisan Romanesque parish church - built in the 11th century, the Certosa di Calci monastery - founded in 1399 and updated in the 17th century, and the ruins of the abbey on San Michele - on the steep slope of the Monte Verucca, behind the Carthusian monastery.

Tel: +39 (0)50 938 430
Situated 19 km / 12 miles to the east of Pisa and just outside the town of Calci is one of the largest and most interesting historic Carthusian monasteries in the whole of Italy. Founded in 1366, the Certosa di Calci has been updated over the centuries and the beautiful facade dates back to the 19th century. The enormous complex of chapels and cloisters features many detailed frescoes and guided tours are available.

Tel: +39 (0)50 539 111
To the west of Pisa is the Tenuta di San Rossore, which was once the summer estate of Italy's president. In 1988 it was turned into a large public park, together with a few other areas of interest along the coastline. This parkland now forms an important habitat for wildlife and has become a protected haven, with populations of wild boar, deer and birds from surrounding boggy areas and nearby beaches. Tenuta di San Rossore can easily be reached by the bus from Lungarno Gambacorti.
Open hours: winter, daily - 08:30 to 17:30, summer, daily - 08:30 to 21:30