Leipzig Weather, When to Go and Climate Information 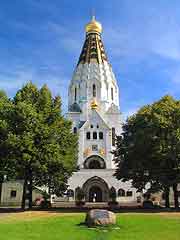 The climate of Leipzig is often described as continental and is fairly stable throughout the majority of the year. With warm summer weather and reasonably cool winters, Leipzig experiences only occasional weather extremes and is at its most appealing between the months of May and September, when clear blue skies and high temperatures are most likely.

Leipzig's summer season is welcomed by the locals and many of the city's cafes, bars and restaurants begin to spill out onto the streets at this time, to take advantage of the sunny weather and warm evenings, often remaining busy well into the night.

However, do bear in mind that the climate in Leipzig can be a little unpredictable at best, with rainy spells being a distinct possibility in any month. 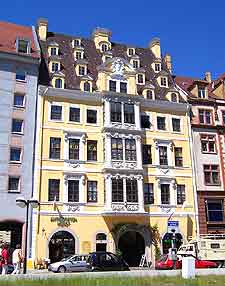 The winter climate in Leipzig is at its most chilly between December and February, when you can expect widespread, overnight frosts at times, particularly during January. Whilst many of the winter days do remain a little cloudy and overcast, sunny days often break up the rather grey days and provide a glimpse of the springtime weather around the corner. Whilst the summer months in Leipzig are amongst the country's hottest, the winter temperatures tend to be below the country's average, resembling those in south-western Germany.

Spring is a particularly appealing time to visit Leipzig, when the climate begins to noticeably improve, the days get longer, the temperatures rise and the plants and flowers burst into life. Many days in both March and April features temperatures above 10°C / 50°F or 12°C / 54°F, and visitors looking for springtime accommodation can take advantage of the slightly cheaper rates and lower occupancy levels.

The average annual rainfall in Leipzig is around 750 mm / 30 inches, with the driest months usual being February, March and April. At times, the springtime months can be surprisingly arid and devoid of rain.