Cologne Weather, When to Go and Climate Information 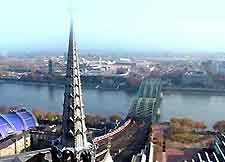 The weather in Cologne is fairly pleasant throughout the year, being at its warmest during the months of July and August, and coldest between December and January. Much of the region's weather is affected by the strong maritime breezes blowing in from the nearby North Sea and Atlantic Ocean, and from its location in the north-western German lowlands.

Cologne's main tourist season falls between May and September, when the local climate is at its best and plenty of fine, clear skies can be enjoyed. However, watch out for random spells of rainy weather, which can vanish as quickly as it arrives and can add a dampener to the day. 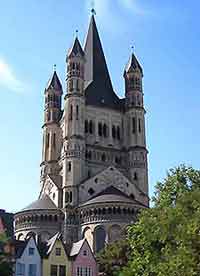 Throughout the year, the climate of Cologne remains mild, with daytime temperatures in January often staying above 5°C / 41°F, and winter temperatures around the city being amongst some of Germany's warmest, when snowy weather is short-lived. However, many winter days are overcast and can be rather cloudy. Temperatures climb to around 15°C / 59°F by the end of April, when the best weather is clearly on the way.

The rainfall in Cologne is spread fairly evenly throughout the year. However, the summer months feature the highest precipitation levels, although even the heaviest showers are usually quick to clear and much of the rainiest weather takes place overnight. Both July and August feature the hottest climate, when 22°C / 72°F is the average temperature, rising to more than 26°C / 79°F on the best days. Cologne's average annual precipitation levels are around 760 mm / 30 inches.