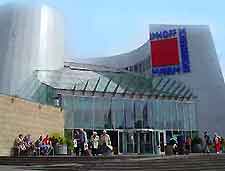 Cologne is not in short supply of museums, with its history and culture well-documented at institutions around the city. To complement those establishments that trace Cologne's ancient roots and arts, there is the unique Holography Museum where you can interact with a computer generated hologram, and not forgetting the Chocolate Museum (Schokoladenmuseum), which offers the chance to drink from a chocolate spring.

For an insight into Roman times, the Roman Germanic Museum and its ancient mosaics are especially impressive.

Address: Rheinauhafen 1a, Cologne, D-50678, Germany, DE
Tel: +49 0221 931 8880
Chocoholics rejoice, for Cologne is home to the particularly popular and rather unusual Museum of Chocolate. Who would not be excited about visiting a chocolate factory, especially one that allows you to drink from a warm chocolate spring? Since its opening in the early 1990s, the Cologne Chocolate Museum has been receiving thousands of chocolate lovers, who come to learn about its production. Here you will discover everything that you ever wanted to known about chocolate confectionary, from the mere cocoa bean right up to the mouth-watering truffles for sale in the museum's chocolate shop. Situated in the harbour, the building itself is of interest, having been designed in the shape of a ship's prow to commemorate the city's rich and important maritime past.
Open hours: Tuesday to Friday - 10:00 to 18:00; Saturday and Sunday
- 11:00 to 19:00
Admission: charge, discount for seniors 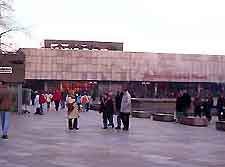 Address: Roncalliplatz 4, Cologne, D-50667, Germany, DE
Tel: +49 0221 2212 4438
Housing a beautiful collection of Roman mosaics, the Roman Germanic Museum offers an insight in to the ancient history of the city. The highlight here is the Dionysius Mosaic, discovered in 1941 when building work in the city revealed a Roman villa. Other artefacts of interest include Roman glassware, medieval jewellery, ceramics and prehistoric finds. Offering religious insight and understanding into Cologne's past cultures, the museum's collection is a valuable resource to historians.
Open hours: Tuesday to Sunday - 10:00 to 17:00
Admission: charge

Address: Gut Leidenhausen, Cologne, D-51147, Germany, DE
Tel: +49 0220 339 9867
If you are looking for an educational experience that is a far cry from some of Cologne's history-based museums, head for Haus des Waldes in Gut Leidenhausen. Taking visitors on a trip through nature, you will learn about the ecological circulation of the forest. Once you have explored the museum, why not head out to one of the nearby woodland ecosystems, which are to be found in the Rhine region, and take a look for yourself.
Open hours: Friday and Sunday - 10:00 to 18:00
Admission: charge

Address: Rheinauhafen 1, Cologne, Germany, DE
Tel: +49 0221 336 090
Cologne's German Sport and Olympic Games Museum celebrates everything to do with sporting life in general, featuring themed exhibitions about the development of the world-famous Olympic Games. Around the museum you will find many interactive displays, which are hard to resist, such as a fast bicycle race. You can even try your luck on a thrilling and rather realistic bob-sled run.
Open hours: Tuesday to Friday - 11:00 to 18:00, Saturday and Sunday - 11:00 to 19:00
Admission: charge, concessions available