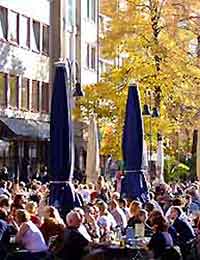 Along with several significant Christian-based celebrations, Cologne breaks with tradition to provide visitors with an outstanding array of modern opportunities to guzzle German wine and beer, appreciate music and celebrate worthy causes.

Among the year's highlights are Carnival season, when parades take over the streets, which are replaced later in the year by booty shaking gays and lesbians during Cologne Pride.

Offering a wealth of things to see and do in Cologne and popular festivals and events are included in the city's listings magazines Monatsvorschau (part English language), Kölner Illustrierte, Prinz and StadtRevue, which are available at bookshops and newsagent.