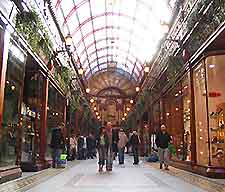 Newcastle is home to an enviable selection of restaurants, with the city's plentiful dining opportunities being strongly influenced by its lively nightlife. Pubs, bars and nightclubs are easy to come by within the older part of the city, around the Bigg Market area and the rather fashionable Quayside.

Restaurants in Newcastle are particularly concentrated in Chinatown, at the Central Station, in Grainger Town, on Osbourne Road, in the Gay Village and within the districts of Haymarket, Jesmond, Monument, Ouseburn and the Gate. Eateries are also in good supply at the Gateshead Quays and around the Millennium Bridge.

The cuisine in Newcastle has really come a long way in the past decade, with Chinese, Indian and Italian dishes rather dominating the local restaurants. Cantonese buffet-style eateries are understandably at their best within the Chinatown district, where the oriental-themed dining scene is very much centred around Stowell Street. 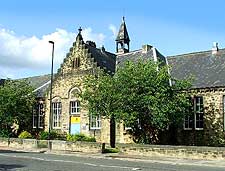 While many tourists staying in Newcastle tend to opt for convenient bed and breakfast packages, others choose to grab a bite to eat early in the morning, at one of the city's numerous cafes. A continental-style breakfast can be enjoyed at the Cafe Royal on Nelson Street, while for a traditional full-English, head to the cafes at Grainger Market, or perhaps one of the cafes around the Central Railway Station.

Lunch in Newcastle-upon-Tyne is always popular and while there are more than a handful of restaurants, bistros and brasseries based in the city centre, there are also countless pubs here as well. These include the Mile Castle on Westgate Road, which is a popular Wetherspoon pub and comes with an extensive competitively priced lunchtime menu.

Standing on Pink Lane, the Town Wall Public House and Eatery is a relatively new addition to the Newcastle dining scene, being open from midday until midnight most days and serving up delicious pub grub, such as sharing platters, venison and wild boar burgers, pasta dishes, haddock and chips, beef and real ale pies, aged Northumbrian ribeye steak and mouthwatering Sunday roasts. Of course, the resident cafe culture provides a good alternative for lunchtime sustenance, particularly when you are out and about shopping.

Restaurants in the Newcastle-upon-Tyne and Gateshead area usually open for dinner at around 18:00 or slightly earlier, staying open until 23:30 or later.

Popular choices in the city centre include the likes of the Blackfriars Restaurant on Friars Street, the Living Room on Grey Street, the Royal Station Hotel on Neville Street, and Wagamama on Eldon Square. There are, of course, many more dining establishments to choose from in central Newcastle, with a number clustered around landmarks such as the Cathedral Church of St. Nicholas and the Theatre Royal.