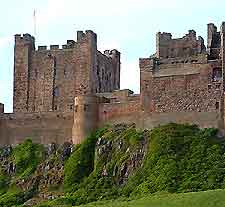 Newcastle has its origins in Roman times. Benwell, a western suburb of the present-day city, was the site of a fort known as Condercum. It formed part of Hadrian's Wall - eastwards was the fort of Pons Aelius. A third fort was later built at Segedunum.

With the departure of the Romans in the 5th century AD, Newcastle came under the control of the Anglo-Saxons. Known as Monkchester, little is known of this period of the city's history, although archaeologists believe that it was used continuously by the Saxons.

In the 11th century, the city's strategic location led to the establishment of a Norman settlement here. Robert Curthose, the son of William the Conqueror, built a wooden castle on the site of the fort at Pons Aelius in 1080. He called it the 'New Castle'. Originally an earth-and-timber construction, it was rebuilt in stone in the 12th century. In the 13th century, a walled town grew up around the castle, which later went onto become an important stronghold against Scottish raiders. At that time, six gates gave entry into the inner town.


By the early 1300s, Newcastle had grown into a sizeable community and it even had its own mayor. The earliest trades to develop here included shipbuilding and rope-making. Indeed, the oldest part of the city is its quayside, which was to remain the commercial centre for hundreds of years. Cloth, fish and hide were bought and sold by the city's merchants. Coal also became a key commodity. By the end of the 14th century, the transportation of coal by sea from Newcastle to London was well and truly established - hence, the coining of the old adage, 'coals to Newcastle'. 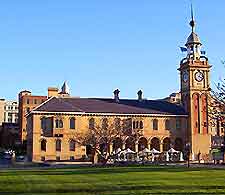 The English Civil War of the 17th century, during which Newcastle was besieged by the Royalists, was to inflict some damage on the coal trade. It quickly recovered, however, and by 1665, Newcastle had become the fourth-largest provincial city in England. By this time, the city had also grown as a centre for glass making, iron and salt. Many public buildings sprang up, funded by the city's merchant wealth, including the Infirmary, in 1752, and the Assembly Rooms in 1776. Wealthier families started to move out to enjoy life in the cleaner, more pleasant suburbs. By way of contrast, many workers continued to live in terrible conditions in the older part of the city. 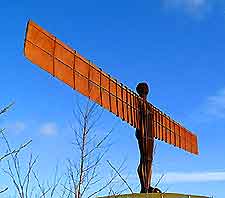 19th Century to the Present Day

In the 1830s, the centre of Newcastle was widely remodelled to include new buildings such as the Theatre Royal. New streets, such as Grey Street, were added, while the city also became involved in the locomotive and armaments industries. In fact, as a centre for developing industry, there seemed to be very little that it wasn't involved in at that time.

By 1904, history shows that the city had expanded into Benwell, Fenham and Walker. Workers were able to take advantage of better transport that included railways and a tram network. In its heyday, Newcastle acquired a reputation as a fine place to shop, with the arrival of department stores such as Fenwick's and Bainbridge's. Many educational institutions were established, including a college of science.

Newcastle's glory days were to come to an end in the early decades of the 20th century. All of the industries that the city had come to rely upon, such as coal and shipbuilding, started to go into decline.

The effects of such an industrial slump have, however, been tempered by its rise to pre-eminence as a place for entertainment and shopping. From the 1970s to the 1990s, new pedestrianised shopping centres opened, including Eldon Square and the Monumental Mall. Newcastle has since established itself as a lively regional capital.