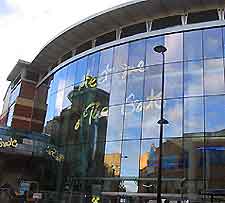 Newcastle is the largest city in the north-east of England and grew famous as a major port for coal exportation, shipbuilding and world-class engineering. These days, the city of Newcastle is now home to many important businesses, companies and head offices.

With a combination of spectacular modern buildings, contemporary architectural showpieces and classical historic buildings, Newcastle is a captivating city of enterprise and hosts many major sporting events, festivals of international calibre and blockbuster exhibitions. The city is famous for its world-class football team, Newcastle United, who regularly play matches at St. James's Stadium, which can comfortably seat more than 50,000 cheering spectators.

The city is one of the most important business cities in this part of the country and major companies in the Newcastle-upon-Tyne and Gateshead area include many large UK corporations, such as Greggs, Northern Rock, Procter and Gamble, Sage and the car manufacturing giant, Nissan.


As the city of Newcastle continues to expand and evolve, some of the main businesses here are now tourism, retail and hospitality. Recent redevelopments in the Tyne and Wear area include the Quayside, the MetroCentre and the Gateshead Quay. Newcastle is considered to be one of the top party cities in the world and its lively nightlife attracts large numbers of visitors. 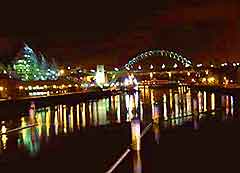 In both dress and manners, businessmen and women in Newcastle are generally formal. Normal business courtesies should be observed, with the degree of formality depending on the type of business. Many men still wear suits and short sleeve shirts are quite acceptable in the summer months in Newcastle, although in software companies and many smaller offices, the dress code is much more relaxed.

Business hours in Newcastle city tend to run from Monday to Friday, from 09:00 to 17:30, although many offices tend to close later. Shops and shopping centres in Newcastle are open longer and often throughout the weekends, and a growing number have extended opening hours on Thursdays. Banks and building societies generally open from 09:00 to 17:00 and larger branches may also open on Saturday mornings.

Working lunches are a popular way to do business in England and Newcastle is no exception. Reliable lunchtime restaurants and pubs line roads such as Bigg Market, Clayton Street, Grainger Street, Pudding Chare and Stowell Street.

A brief and friendly handshake is usually the customary greeting in Newcastle and generally throughout England. New acquaintances are often addressed on first name terms.

Newcastle's restaurants operate a strict 'no smoking' policy, along with all public spaces. All companies and offices in the Newcastle-upon-Tyne and Gateshead area are now completely 'non-smoking'. Although the British have neither a positive nor a negative attitude to smoking, it is a good idea to only smoke when in the company of like-minded people in England.