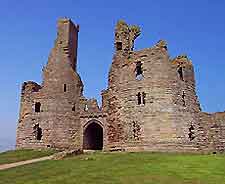 If you are planning to stay in Newcastle for more than just a few days, it may make sense to consider partaking of some day trips and excursions, to check out one or more of the outlying attractions. These come in the form of spacious parks, historic fortifications and country estates galore, a number of which are managed by either English Heritage or the National Trust.

To the north of Newcastle is Dunstanburgh Castle, an attractive 14th-century ruined fortress located in the nearby fishing village of Craster. Further attractions lying to the north include the castles of Alnwick, Bamburgh, Lindisfarne and Warkworth, while to the south you may like to pay a visit to the Causey Arch or Washington Old Hall, the latter of which is rather surprisingly known for its strong links to the family of US president George Washington.

Address: Alnwick, Craster, Northumberland, NE66 3TT, England
Tel: +44 (0)1665 576231
Dunstanburgh Castle stands little more than an hour to the north. This National Trust castle enjoys a headland setting with views of the Northumberland coastline and is believed to have been built on the site of a former prehistoric settlement, enclosing an area of some 11 acres / 4.5 hectares. The gatehouse comprises twin towers and this once functioned as the main residential section, with the actual arched gateway being blocked for many years.
Open hours: April to September, daily - 10:00 to 18:00, October, daily - 10:00 to 17:00, November to March, Wednesday to Sunday - 10:00 to 16:00
Admission: charge, discounts available for children and seniors, members of the National Trust are free 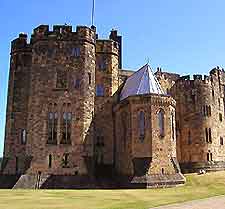 Address: Alnwick, Northumberland, NE66 1NQ, England
Tel: +44 (0)1665 510777
Alnwick Castle dates back to the 11th century and stands just under 35 miles / 56 km to the north, next to the River Aln. Notable attractions include dungeons, period features and a large collection of paintings. Of interest, this beautiful castle has appeared in countless television productions and films, including all of the Harry Potter movies, as well as Robin Hood Prince of Thieves (1991) and Elizabeth (1998). The Alnwick Garden is a particular highlight and is based around a giant waterfall, whilst also incorporating a large treehouse cafe.
Open hours: April to October, daily - 11:00 to 17:00
Admission: charge, discounts available for children and seniors

Address: Kielder Castle, Kielder, Northumberland, NE48 1ER, England
Tel: +44 (0)1434 250209
This sizeable man-made reservoir resides to the far west of Newcastle, being some 52 miles / 84 km away and reachable in around one and a half hours. The statistics here are impressive - this is the largest artificial lake in the whole of Europe, and the surrounding forest is actually the biggest planted woodland in England. Day trippers flock to the Forest Park during the summer months for a number of seasonal attractions, such as its walking and cycling trails, horse riding, water sports and plentiful wildlife, including red squirrels. The Kielder Water Birds of Prey Centre provides further interest, as does the Leaplish Waterside Park.
Open hours: daily, seasonal variations
Admission: charge, discounts available for children

Address: Stanley Road, Tanfield, County Durham, NE16 5EL, England
Country Durham's Causey Arch is within easy reach of Newcastle, being situated to the south and close to Old Ravensworth. This stone railway bridge was built almost 300 years ago, over the Causey Burn stream, and is actually the oldest of its kind anywhere in the world, boasting a single span of just over 30 metres / 98 feet. 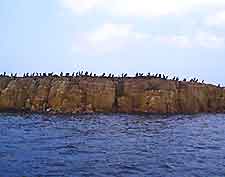 Address: The Property Manager, The Sheiling, 8 St. Aidans, Seahouses, Northumberland, NE68 7SR, England
Tel: +44 (0)1665 721099
Situated around 50 miles / 80 km north of the city, the Farne Islands are owned by the National Trust and come with many appealing wildlife-related attractions suiting a day out. These include large colonies of puffins and nesting seabirds, which number more than 200,000 in total. There is also a huge group of resident grey seals, as well as opportunities for scuba diving, sea kayaking and picnics. The Longstone Lighthouse makes for a good photograph and dates back to 1825.
Open hours: April to October, daily - hours vary
Admission: charge, discounts available for children and seniors, members of the National Trust are free

Address: Cambo, Morpeth, Northumberland, NE61 4AR, England
Tel: +44 (0)1670 773600
Northumberland's Wallington House resides around 30 minutes to the north-west of Newcastle, where it features landscaped gardens, woodland walks, a large lake and mature trees. The central hall is a particular feature and was inspired by classical Italian courtyards. Each year many seasonal events are staged here, including open-air theatrical performances, food festivals, guided walks and live music. Families will appreciate the adventure playground and the trail designed with children in mind.
Open hours: Wednesday to Monday, April to September - 13:00 to 17:00, October - 13:00 to 16:00
Admission: charge, discounts available for children and seniors, members of the National Trust are free

Address: Warkworth, Morpeth, Northumberland, NE65 0UJ, England
Tel: +44 (0)1665 711423
Warkworth Castle is more than 500 years old and is located around 25 miles / 40 km from Newcastle (via the A1068), being to the far north and just past Amble. With many historic features and attractive gardens, the castle is managed by the English Heritage and lies alongside the meandering River Coquet. Visitors should look out for the Medieval Hermitage and the Duke's Rooms, whilst listening to the free audio tour and learning all about the very powerful and wealthy Percy family who once lived here.
Open hours: daily, April to September - 10:00 to 18:00, October - 10:00 to 17:00, November to March - 10:00 to 16:00
Admission: charge, discounts available for children and seniors, members of the English Heritage are free 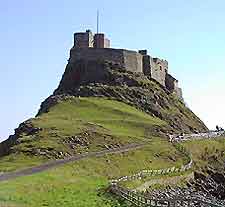 Address: Holy Island, Berwick-upon-Tweed, Northumberland, TD15 2SH, England
Tel: +44 (0)1289 389244
Located on the tidal island of Lindisfarne (also named Holy Island) and roughly 60 miles / 97 km to the north, Lindisfarne Castle was originally a Tudor fort built in the 16th century and greatly modified at the beginning of the 20th century. This National Trust attraction is home to detailed architecture, antique furniture, paintings, an impressive 'Gertrude Jekyll' garden and a causeway, which is covered during high tide times.
Open hours: March to October, Saturday to Thursday - 10:30 to 16:30; November to February, Saturday and Sunday - 10:00 to 15:00
Admission: charge, discounts available for children and seniors, members of the National Trust are free

Address: Holy Island, Berwick-upon-Tweed, Northumberland, TD15 2RX, England
Tel: +44 (0)1289 389200
The Lindisfarne Priory is a ruined monastery owned by the English Heritage and dating back to the 7th century. These atmospheric remains suggest a former grandeur, with the monastery once being an important centre for regional Christianity. The visitor centre provides an interesting overview of the history, while a gift shop is on hand for those looking for souvenirs. Alternatively, you can simply enjoy a picnic within the grounds of the priory.
Open hours: daily, April to September - 10:00 to 18:00, October - 10:00 to 17:00, November to March - 10:00 to 16:00
Admission: charge, discounts available for children and seniors, members of the English Heritage are free

Address: The Avenue, Washington Village, Washington, Tyne and Wear, NE38 7LE, England
Tel: +44 (0)191 416 6879
Located roughly a 20-minute drive to the south-east of Newcastle, Washington Old Hall can be reached via the A1 / A1231 (Sunderland Highway). This grand manor house was built in the 12th century and fell into a state of disrepair in the early 20th century, being rescued by a local teacher who was responsible for organising much of the restoration work. The manor house features a pleasant Jacobean-syle garden and fruit orchard, and is now run by the National Trust.
Open hours: April to October, Sunday to Wednesday - 11:00 to 17:00
Admission: charge, discounts available for families, members of the National Trust are free

Address: Bamburgh, Northumberland, NE69 7DF, England
Tel: +44 (0)1668 214515
At just over an hour to the north of the city, Northumberland's Grade-I listed medieval Bamburgh Castle has been lovingly restored and is home to a museum, large collections of local artefacts and some truly spectacular views of the North Sea. This is a huge castle and so you should allow enough time to properly explore all of the attractions on offer here, and afterwards, you can enjoy a stroll along the adjacent natural beachfront, although be warned, it can be extremely windy at times.
Open hours: April to October - 11:00 to 17:00
Admission: charge, discounts available for children and seniors